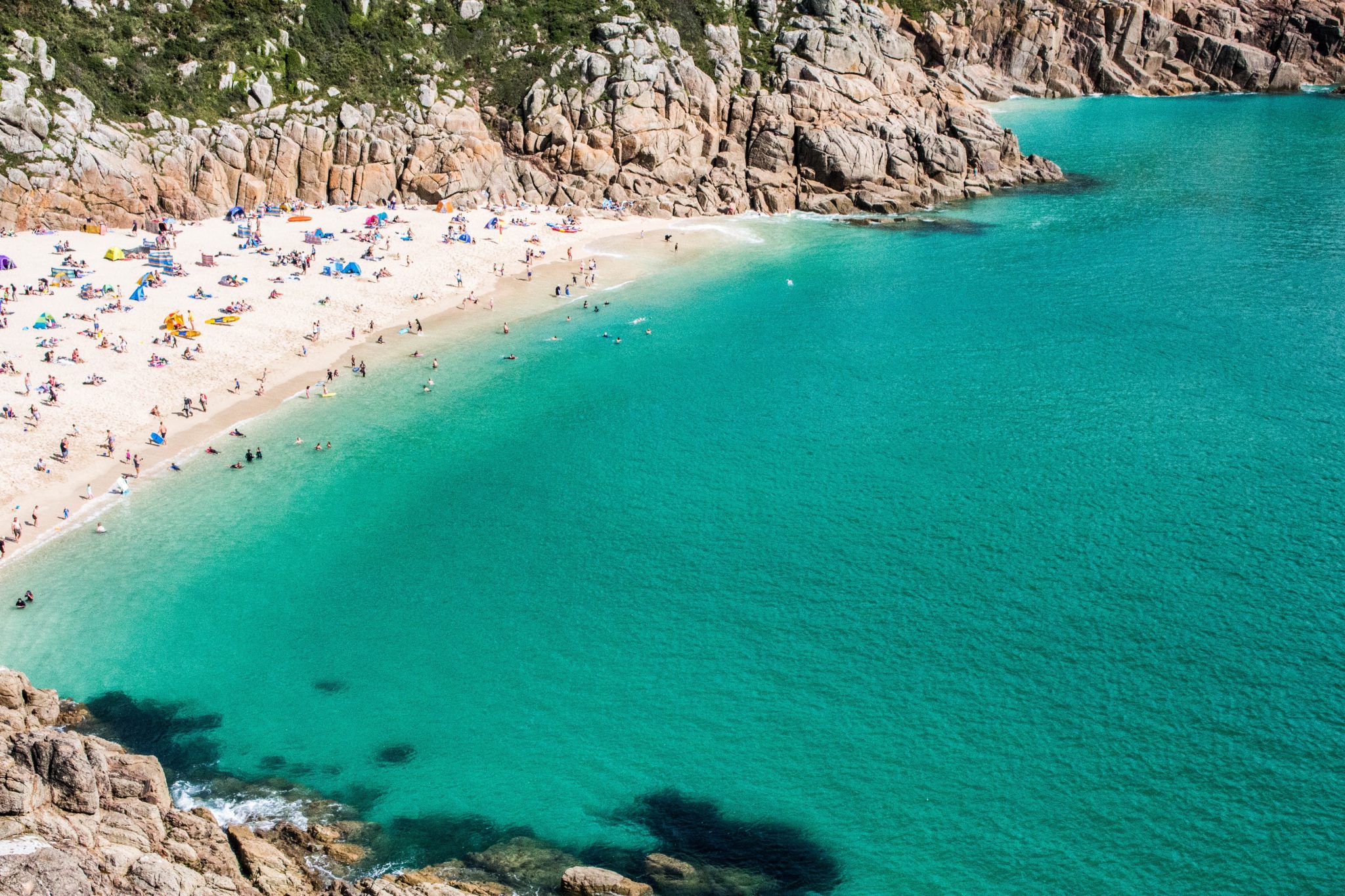 17 Sandy British Beaches You Must Visit

You might be dreaming of beaches abroad, but there are some great beaches closer to home that shouldn’t be overlooked – and all of the ones on this list are sandy.

From clear turquoise waters off the coast of Scotland to an oasis of stunning natural beauty in Cornwall, these are the best sandy beaches in the UK.

The best sandy beaches in the UK

Margate’s main beach is magical on a sunny day, but it’s worth sticking around until the sun goes down as the skies here are truly beautiful.

We recommend watching it with a pint in hand at the Harbour Arms Pub, right next to the Turner Gallery. If you’re in the area, you must also check out Botany Bay beach about a 15-minute walk away.

Rhossili Bay near Swansea in South Wales has been named best beach in the UK and ranked among the top 10 beaches in the world.

Popular with surfers, it is three miles of stunning sand and coastline and lies within an Area of Outstanding Natural Beauty.

Coral Beach is one of the most beautiful beaches on the Isle of Skye – but despite the name, there is no coral there. It’s crushed white seaweed that makes the water look so blue, especially when the sun comes out.

At low tide, visitors can explore the tidal island of Lampay, a short walk across the bay. You can also see stunning views over to Camas Ban beach.

Holkham is one of the most unspoilt and beautiful stretches of sand in the UK – and has been consistently voted one of the best beaches in Britain.

Did you know it’s also famous as a filming location? Gwyneth Paltrow walked across Holkham beach during the closing scenes of ‘Shakespeare in Love’ and All Saints filmed the music video for their hit single Pure Shores there.

Another famous filming location, Bamburgh Beach and its famous castle have featured in Downton Abbey, Harry Potter and the BFG film.

Aside from its Hollywood credentials, the sand is pristine and the coastal setting is in the Northumberland’s Area of Outstanding Natural Beauty. The castle itself was once home to the kings of ancient Northumbria.

We already gave Botany Bay a nod when talking about Margate above, but it’s such a great beach it deserves a mention in its own right.

Between Margate and Broadstairs in Kent, this sandy beach has spectacular chalk cliffs and rock pools to explore. It’s also been awarded a Blue Flag for water quality.

Camber, near the quaint village of Rye, is home to the only sand dunes in East Sussex – and is one of the best places to collect shells in the whole of the UK.

Often used as a filming location for its miles of dramatic, unspoilt coastline, you may have spotted Camber Sands in film, The Theory of Everything, and more recently in Ricky Gervais’ comedy-drama, After Life.

Blackpool might not have a reputation for being a classy place to holiday, but its sandy beach, known as the Golden Mile, is seriously impressive.

The seaside town is also the only place in the UK to boast three piers.

Bournemouth is home to 10 miles of award-winning sandy beaches and boasts some of the warmest sea temperatures in the UK.

Whichever you visit is sure to be lovely, but Bournemouth Beach proper has been voted amongst the top 20 beaches in the world. You can also hire beach huts at various locations or stay overnight at the Bournemouth Beach lodges.

There are few seaside towns left as quintessentially British as Southwold on the East Suffolk coast.

With its picture-perfect rows of beach huts and miles of white sand, it definitely gets our vote as one of the best sandy beaches in the UK.

Described as ‘three miles of heaven’, Woolacombe beach beat the likes of Australia, Greece and Italy to be named amongst the best in the world in the 2020 TripAdvisor Travellers’ Choice awards.

It was also named the 6th best beach in Europe and 4th best in the British Isles.

A surfers’ paradise, Watergate Bay is about three miles from Newquay on the North Cornwall coast.

It’s popular for its large open bay and enormous waves which roll in from the Atlantic, making it the ideal spot for water sports fans.

The setting for the famous shoot out between Cillian Murphy and Tom Hardy during the season 4 finale of Peaky Blinders, who knew beaches on Merseyside could look like this?

In addition to being a beautiful beach spot, the coastal area here is undergoing erosion and the tides often reveal surprises like prehistoric mud layers or footprints.

Oldshoremore is often said to be one of the most stunning beaches on the Scottish mainland.

It has crystal clear waters which look even more striking against the white sand, which is made up of eroded stones and crushed seashells.

Runswick Bay was named Britain’s best beach of 2020 in a list compiled by The Times, who describe it as being ‘close to perfection’.

The unspoilt beauty spot was until then one of Yorkshire’s hidden gems. You’ll find the village of Runswick next to better-known Whitby.

You may also recognise it as the setting for the BBC’s reality TV programme, Castaway.

Described by some as ‘paradise’, Porthcurno Beach could be mistaken for being abroad. It’s actually on the west coast of Cornwall and is famed for being the best beach in the area.

Tip: Visitors should make time to climb the path to see the Minack Theatre, a clifftop structure handbuilt by a local woman in her back garden, which is pretty spectacular. 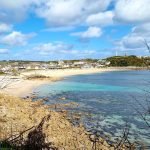 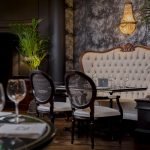 The Queens Hotel: An Art Deco Stay In Leeds