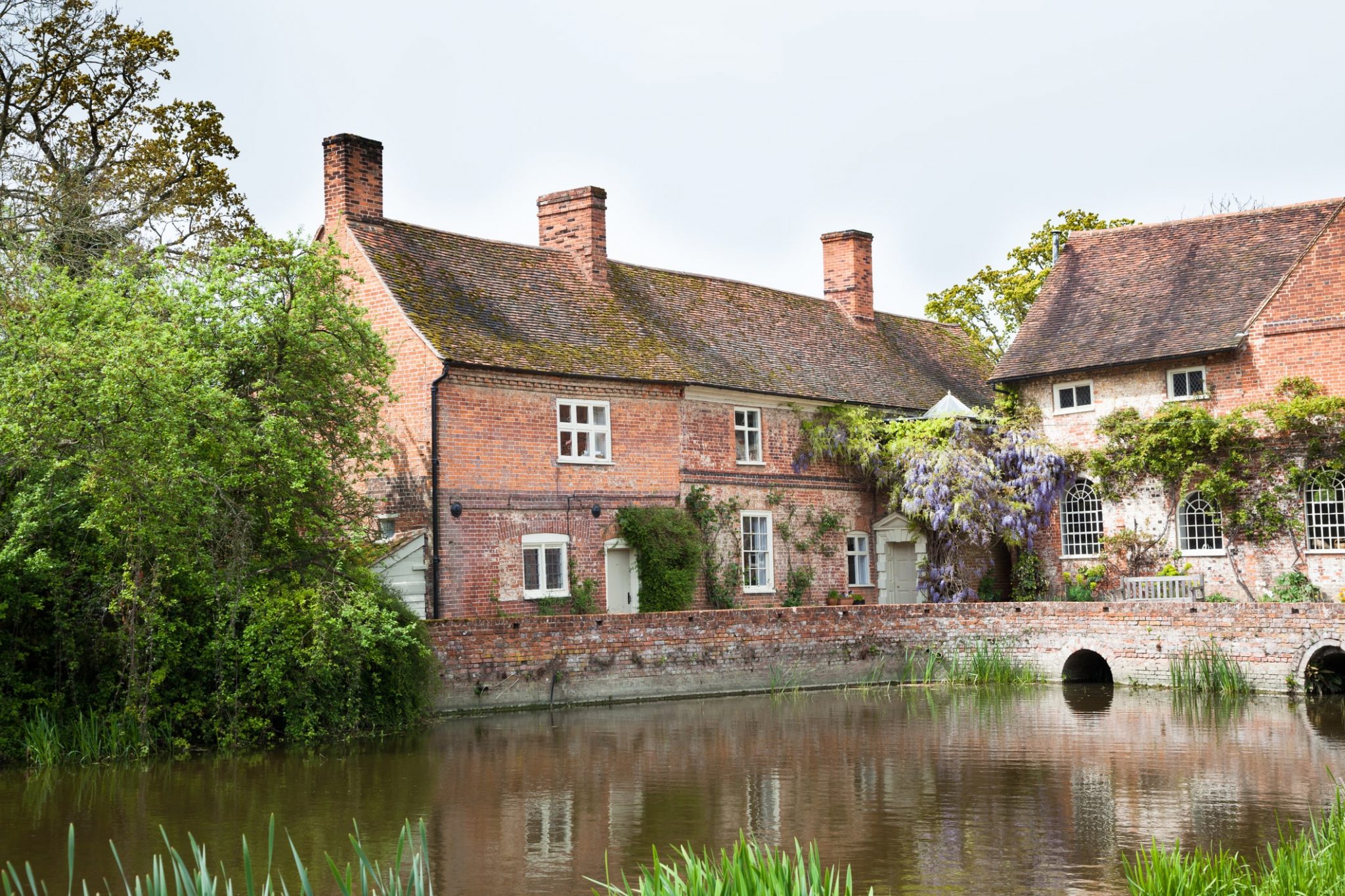 Locals may be mocked for reality TV show The Only Way Is Essex, but they have the last laugh – because they live in one of the UK’s most picturesque counties.

While the county’s seaside resorts of Canvey Island and Southend-on-Sea are often packed with visitors, inland is a different story.

Escape the chippies, funfairs and neon lights and you’ll discover underrated towns and villages with thriving markets and listed windmills and clocktowers. And unlike the villages in the Cotswolds or the Chilterns, you may well have them all to yourself.

They’re easily accessible too, as Essex sits on the northeast border of London and is close to Suffolk, Cambridgeshire and Hertfordshire.

Here are five of the best places to visit in Essex, and where to eat, drink and stay while you’re there.

Saffron Walden’s name – and its wealth – is thanks to the saffron industry that prospered here in the 1300s. Today, visitors are drawn to its pastel-hued cottages, market and Grade I-listed castle, which was built from flint around 1130. The adjacent museum displays mammoth tusks and mummies.

The town is also home to two mazes – a hedge maze in Bridge End Garden and a medieval turf maze on the common, which is tougher than it looks. If you manage it, toast your success in The Old Cross Keys, a 15th century timber pub on the corner of King Street, which is lined with gift shops and cafes.

With more time, pair tastings with a cheeseboard at the family-run Saffron Grange vineyard north of the town, which sold its first bottles of English Quality Sparkling Wine in 2019.

Audley End House and Gardens is also in the area. Built for an earl in the 17th century, it was later used as a palace for King Charles II. Its grounds were designed by Capability Brown, and feature stables, flowerbeds and an organic kitchen garden.

The small town of Thaxted was established before the 1086 Domesday Book, and as it’s known for Morris Men you’re more likely to bump into an English folk dancer here than a fake tan fan from The Only Way Is Essex.

Thaxted also has a few independent shops such as Vintage Style Living, which sells soap, blankets and plants in pretty pots, while Gifted sells mirrors, cushions and candles. But the real reason to visit is to snap its Grade I-listed Guildhall, which was built as a meeting place around 1462 and later used as a school. Today it hosts craft exhibitions.

Stroll behind the Guildhall to see Thaxted Parish Church, which dates back to 1340 – its bells can be heard in Great Dunmow six miles away.

Peaches-and-cream thatched roof almshouses line the path between the church and a windmill, which was built in 1804 for a local farmland owner. Stop for a picnic or explore the country trails around it.

Cottages the colour of candy floss circle the pond – and keep your eyes peeled for a blue plaque on Pepper Pot cottage, the former home of the author of 101 Dalmatians.

Loop the green and pop into St John the Baptist; next door you’ll find the Guildhall, which was built around 1500. Stop for tea and cake in Winners, a tearoom with fairylights draped across its beams.

The Wonky Wheel is a few doors down. The independent gallery promotes local artists including James Cook, who creates portraits and landscapes on a typewriter.

An old windmill looms above the green and beyond it is Spains Hall Estate, which is roughly the size of London’s Greenwich Park. Visitors can ride horses on farmland and photograph beavers, hares and kingfishers on guided tours.

Like Finchingfield, Coggeshall has everything you want if you’re looking for a classic English village. Set between Braintree and Colchester, the former textile town is home to 200 listed buildings, a clocktower and the 15th century St Peter Ad Vincula Royal Chapel.

Bunting is strung along the main street which is lined with independent shops selling antiques and gifts. The town is especially lively on a Thursday, when stallholders sell locally produced jam, bread and cheese at an outdoor market.

Coggeshall Museum and Heritage Centre delves into the town’s history, with displays of lace and a wool loom. You can find out more about what life used to be like at Paycockes House, a Tudor merchant’s house with a cottage garden that’s now a National Trust property. Cross the River Blackwater and you can visit another National Trust building, the 13th century Grange Barn.

With more time, explore Markshall Estate, which is almost as big as London’s Richmond Park. As well as a maze, walled garden and woodland paths, it has an 80-hectare arboretum planted with cypress, eucalyptus and beech trees.

Set on the Essex and Suffolk border and nestled within the Area of Outstanding Natural Beauty known as Dedham Vale, the village of Dedham is simply charming.

The Vale is nicknamed Constable country after the painter John Constable, who was inspired by its beauty. Constable’s most recognisable work, The Hay Wain, was painted in the neighbouring village of Flatford along the River Stour.

The River Stour also runs through Dedham. In summer, kids jump off the bridge and visitors hire rowing boats or watch kayakers from boatyard brasserie The Kitchen @ Dedham. Whichever season you visit, follow the footpath that lines the river and you may find yourself in fields without a soul in sight.

Back in the village, the High Street is crowned by a picturesque church and bordered with historic homes, gift shops and cosy pubs. Another church has been transformed into Dedham Art & Craft Centre, a two-storey creative hub displaying ceramics, woodcraft and jewellery.

Where to eat and drink

Fancy a cream tea? Then visit The Essex Rose, a bubblegum-pink tearoom in Dedham that serves Tiptree jam. For Sunday roasts with Yorkshire puds the size of your face, book a table at The Eight Bells in Saffron Walden, which has a double-height timber ceiling, velvet banquettes and vintage crockery on the walls. The Fox on the Green, a 16th century coaching inn in Finchingfield, also serves pub classics. The Grade II-listed The Flitch of Bacon meanwhile, set halfway between Thaxted and Coggeshall, held a Michelin star until 2020. It’s proud to serve local ingredients on its seven-course tasting menu. In Coggeshall, the family-owned restaurant West Street Vineyard serves small plates and wine in a barn.

Pop into The Cricketers, a 16th century coaching inn once run by Jamie Oliver’s parents which has recently been refurbished, near Saffron Walden. If you’d prefer more space, opt for Down Hall, a 98-room hotel with a restaurant, spa and bar near Bishop’s Stortford. Walking trails crisscross the 45-hectare grounds. Piglets Boutique B&B is set between Saffron Walden, Thaxted and Finchingfield. While the rooms aren’t uber luxurious, it wins points for its natural outdoor pool. In Dedham, take your pick from the 12-room Maison Talbooth – which has an outdoor pool and 3 AA Rosette restaurant – or the 15-room Milsoms, which has a vine-covered exterior and heated terrace. Prested Hall is a former manor house set among 30 hectares, just south of Coggeshall. Many of its rooms feature period fireplaces, and it also has a spa and indoor pool.

Read next: Underrated UK Holiday Spots You Should Visit

Read next: Where To Explore On The Jurassic Coast 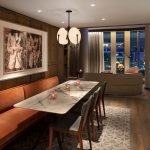 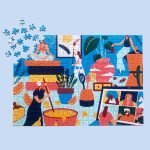 17 Must-Visit Sandy Beaches In The UK