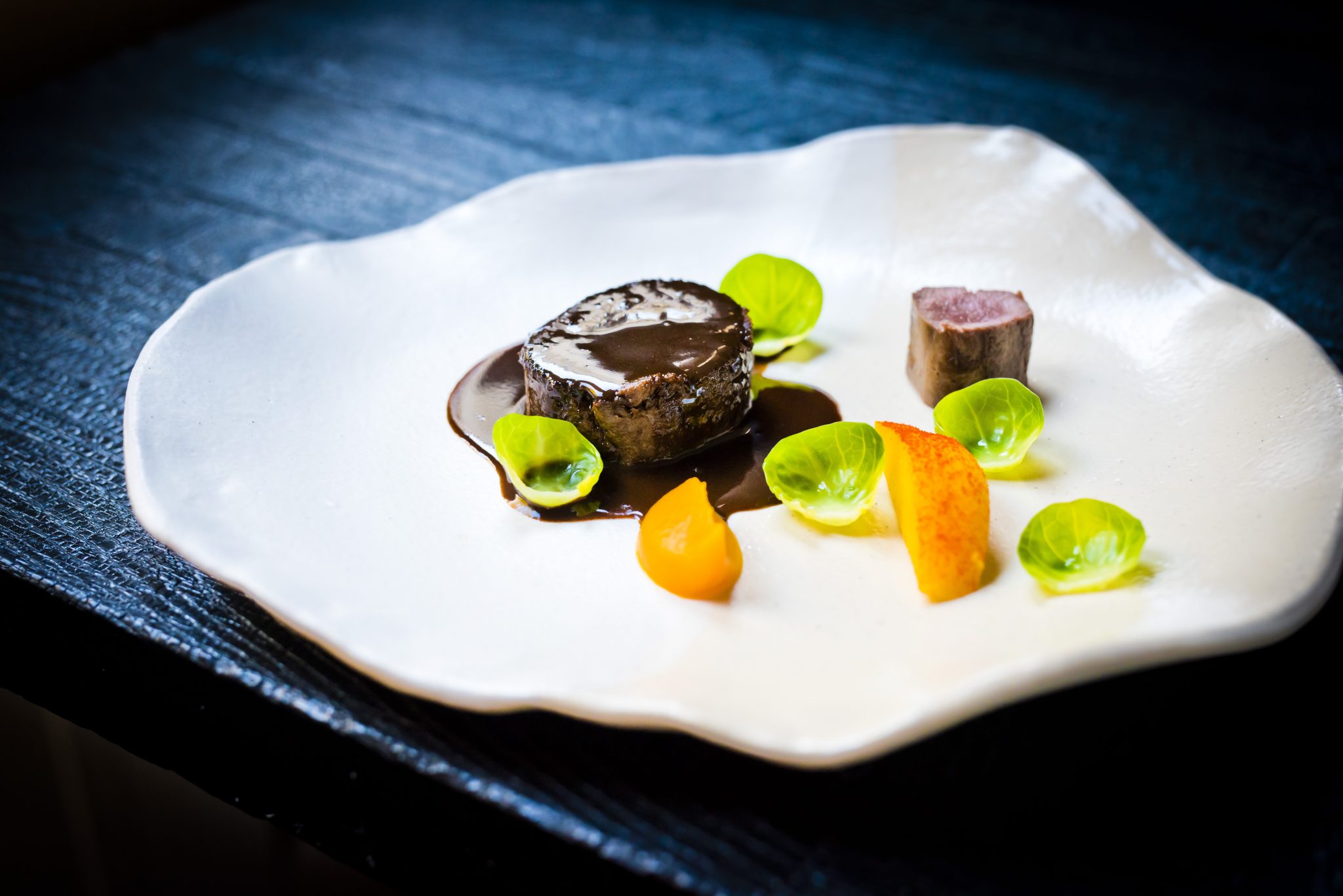 Le Cochon Aveugle: A York Restaurant Not To Be Missed

It’s an unusual name for a restaurant in the north of England, but this is no ordinary dining spot.

Le Cochon Aveugle literally translates from French as ‘blind pig’ – but not knowing what’s on this tasting menu beforehand is no bad thing.

This tiny independent restaurant in York city centre is the brainchild of chef Josh Overington and his sommelier wife Victoria. But things are very different today to when they first opened five years ago with just £800 in the bank.

Fast forward to 2020, Le Cochon Aveugle has been named in the National Restaurant Awards and has, deservedly so, been recognised by the Michelin Guide.

So, what is it that makes this restaurant, which serves up modern European cuisine with a French twist, so special?

Overington sums it up himself: ‘It’s fine dining, but without the fuss.’

The intimate 30-cover restaurant only has five tables, plus four extra seats at the chef’s table.

It is here we choose to sit when we visit, so we get the best view of Overington and his team as they work their culinary magic.

With only one tasting menu, priced at £75pp for lunch and £95pp for dinner, there is no need for us to order, so we settle in with a glass of fizz and a selection of bite-sized appetisers.

These include Chicken Skin Parfait, Smoked Eel Blini and a Moorland Tomme Gougère, which is like a mini cheese puff. All incredible.

Next came the Boudin nor Macaron, a black pudding flavoured macaron, which has now become one of the restaurant’s signature dishes. It’s not something we would order given the choice, but one taste and we quickly realise what all the fuss is about.

The story goes that Overington once tried to take his famous macarons off the menu, which changes regularly. But he had to put them back on two weeks later following uproar from customers, so they have remained a permanent fixture ever since.

On to the ‘proper courses’, which for us started and ended with an L’Arpège Egg. This was served in its shell and is said to be a nod to one of Overington’s idols, Alain Passard, who owns three-Michelin star restaurant L’Arpège in Paris.

After our first egg, we are served homemade sourdough with Le Cochon’s own cultured butter, which has a delicious smoky taste.

This is followed by a Smoked Oyster with Granita, a semi-frozen dessert similar to sorbet. It’s a nice palate cleanser before we devour the 60-day aged Beef Tartare with Tunworth Cheese Mousse on top.

We then sample the delicious Orkney Scallop, another Le Cochon speciality. It is steamed in the shell and opened with scissors at the table, an old French technique Overington uses today.

All the courses so far have hit the spot. But without a doubt, our hero dish of the evening is the Roe Deer Venison fillet, which is drizzled with truffle Bordelaise, a French red wine sauce which gets its name from the Bordeaux region.

As we finish this course, we are surprised when the waiting staff come over and pour the remaining sauce into a separate bowl and encourage us to drink it.

It feels like something we shouldn’t really be doing, but the chef insists, so we go with it. This is all part of the Le Cochon experience.

The only dish left to taste is dessert, and even though we are getting full, there’s always room for pudding. And we’re glad we manage it, as it is Warm Chocolate Mousse with olive oil, pepper and sea salt, which tastes like salted caramel.

A ‘Crème Caramel’ Egg, another nod to French chef Passard, rounds off one of the finest meals we’ve ever tasted.

We’re keeping our fingers crossed chef Josh Overington gets his very own Michelin star very soon. It can’t be far off.

Read more: This hotel is the perfect date for wine lovers
0 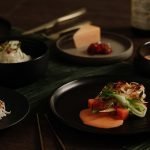 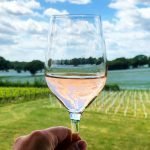 This Hotel Has The Perfect Date If You Love Wine