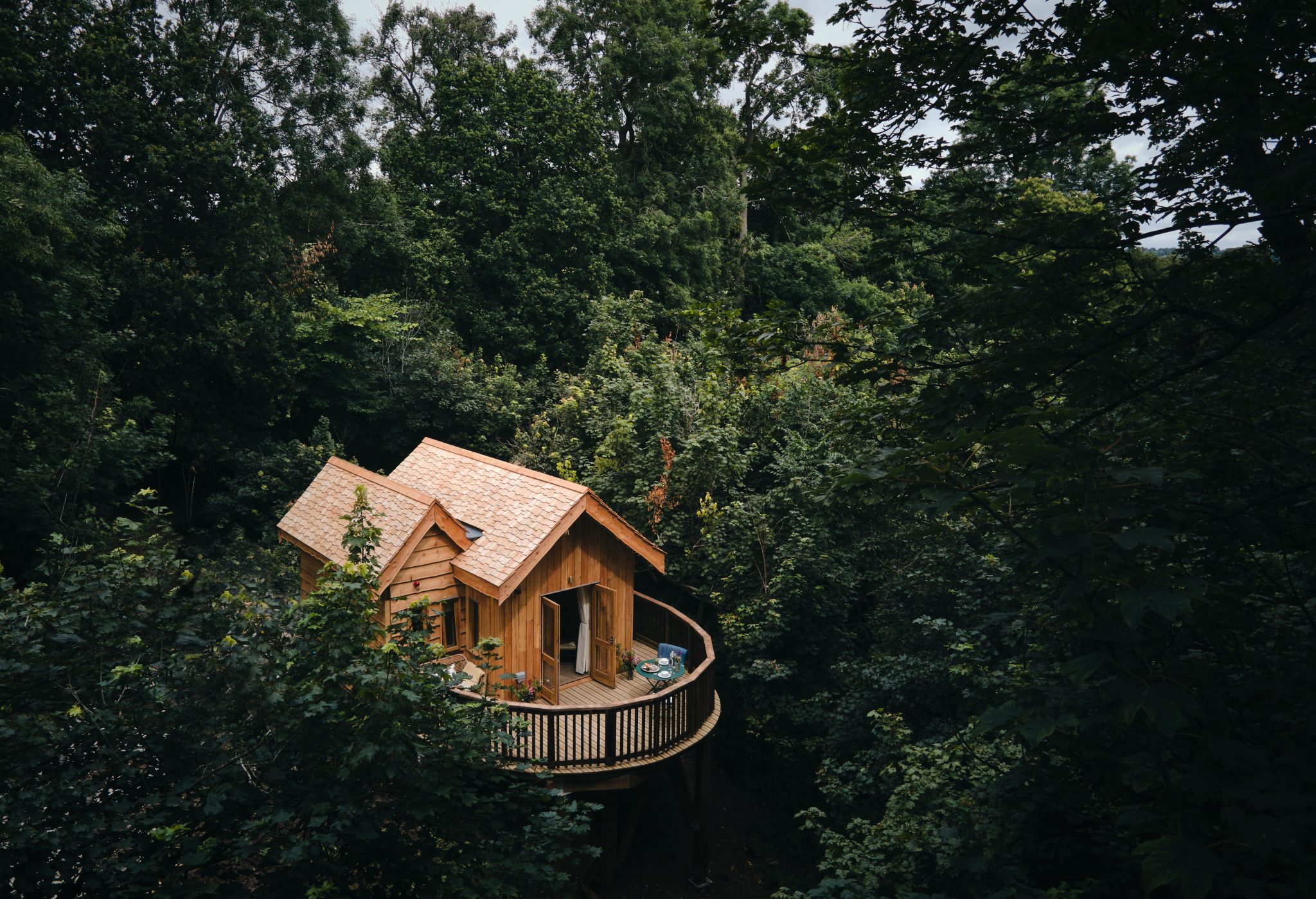 Callow Hall: The Best New Hotel In The Midlands

If you’re looking for the perfect base to explore the Peak District, book a stay at Callow Hall.

The Derbyshire hotel is the first offering from boutique hospitality brand, Wildhive, and the most exciting new opening in the Midlands in years.

Although Callow Hall, near the pretty village of Ashbourne, only opened its doors in September 2021, it’s already creating a buzz for all the right kind of reasons.

We checked into the restored Victorian manor, which has woodland ‘hives’ in the grounds for guests to stay in and two larger treehouses being built as we speak, to see what all the fuss is about.

Callow Hall manager Jeremy Whitworth says the hotel is all about ‘stepping away and switching off’ – and that’s exactly how we felt when we arrived.

The hall itself is a grand building with winding ivy on the exteriors and an impressive grand entrance.

But the first thing we noticed when we stepped out of the car was the breathtaking views from the left hand side of the house.

Set in 35 acres of gardens, woodland and wild meadow, just looking out at the rolling hills beyond is good for the soul.

If the sun is shining, watch from a comfy day bed or deck chair on the manicured lawn. No matter if the weather turns – it did while we were there. Dark skies make the dramatic landscape look even more beautiful and there are plenty of spaces to cosy up inside.

If you’re a fan of the Firmdale hotels you’ll love the interiors at Callow Hall, which have been created by Isabella Worsley who previously worked with Kit Kemp.

Expect bold prints, bright colours – which are matching, not garish – and stylish soft furnishings in every corner.

Snugs to cosy up in with a glass of wine or a good book are plentiful, and there is no shortage of seating areas. We counted three rooms in total, plus a private dining room.

In the hotel itself there are 15 beautifully styled rooms, all with stone windows, original fireplaces, statement headboards and artwork from emerging artists, but each has its own character. No two are the same.

Cosy Rooms are the smallest. Lovely Rooms are bigger and can accommodate families if requested. The biggest and most luxurious rooms in the house are the Fabulous Rooms, which we stayed in.

These come with emperor size beds, linen to die for, ensuite showers and freestanding bathtubs. Ours overlooked the window, but don’t worry no one can see in.

100 Acre toiletries make for the bubbliest of bubble baths. Other in-room extras include Nespresso machines and complimentary snacks. Guests can also help themselves to extra fresh milk and water from the fridge on the landing.

We didn’t stay in a Hive, but guests who prefer to be immersed ‘in the wild’ don’t have to compromise on luxury to do it. Expect king-size beds, mini kitchens stocked with all the essentials, and outdoor seating on your own private deck with views through the woods.

Two larger treehouses offering extra space for families will be available to book from January 2022.

One thing that seriously impressed us at Callow Hall was the food, which is seasonal British and locally sourced where possible.

Definitely book a meal at the restaurant, The Garden Room, which has a sustainable living roof to house local wildlife. It’s worth a visit even if you’re not staying at the hotel.

We popped in for a Crayfish and Salmon Sandwich in the afternoon, which was pretty up there for a humble sarnie. Had it not been raining, we would have sat on the outdoor terrace overlooking the grounds.

A dreamy dip in the bath and bottle of bubbles in the room later, we were back in the restaurant for dinner.

As the hotel makes its own honey from the hives on site, we were keen to try one of their signature cocktails, a gin cocktail with lemon and Wildhive nectar called Raspberry Bees Knees. Order one of these.

The food menu, which changes on a regular basis, consists of small plates, mains from the grill, fish dishes such as Monkfish Wellington and game like English Guinea Fowl.

We opted for one of the sharing dishes, the Chateaubriand, which came perfectly cooked and served on a grand platter with roast potatoes, grilled tomatoes and greens. Plentiful jugs of peppercorn and Béarnaise sauce came on the side.

Dessert was a delicious and beautifully presented Rosemary Panacotta, washed down with an expertly made Espresso Martini.

The restaurant is also where breakfast and lunch is served throughout the day. Afternoon Tea is available daily between 2.30pm and 4.30pm. Or dine under the stars and book an exclusive woodland feast.

Located on the cusp of the Peak District, a stay at Callow Hall invites you to get back to nature, whether that’s a leisurely stroll in the extensive grounds or a full-on hike.

Tissington Trail is on the doorstep. While the Dove Valley walk from Hitter Hill to the swallow hole on Dragon’s Back boasts magnificent views across the Peaks, as does Mam Tor.

The bunting-filled village of Ashbourne, a five-minute drive away, is where you’ll find coffee shops, independent stores and the best fish and chips in town. A little further afield is stately home Chatsworth House.

Back on site, guests can hire bicycles, have fun spotting local wildlife, or order a picnic to enjoy in the grounds.

The newly restored Coach House has a Map Room for you to plan out your adventures. Those craving relaxation can opt for a spa treatment instead. Choose from massages, facials, manis and pedis. Take a yoga class or simply unwind in the sauna.

We loved how friendly, knowledgable and attentive the staff were, despite the hotel only being open a few weeks. They even gave us a buggy tour to see the new hive treehouses.

With its moreish food, elegant interiors and idyllic setting, Callow Hall is like a Babington House for the Midlands. If only they had a pool… 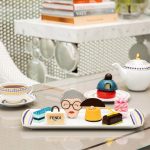 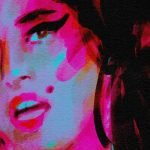 Inside The Amy Winehouse Exhibition In London