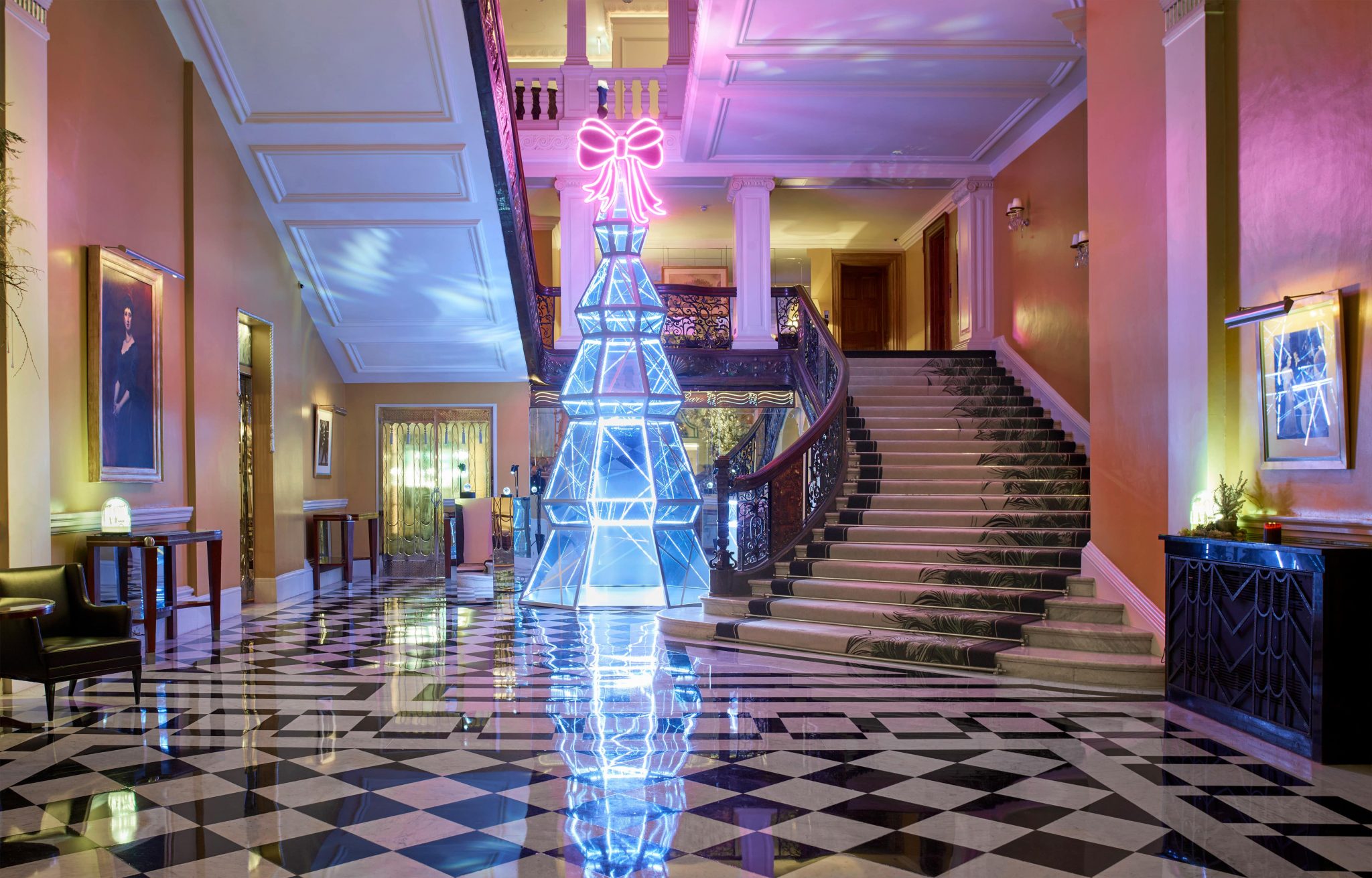 Claridge’s has unveiled its Christmas tree for 2022 – and it’s a stunning Jimmy Choo creation.

‘The Diamond’ is an immersive tree which gives guests the illusion of stepping inside a giant jewel.

It has been designed by Sandra Choi, Creative Director at Jimmy Choo who said: ‘I have always said I would love to know what it is like to step inside a diamond, and now I can!’

Read next: Chic things to do in London at Christmas

The magnificent sculpture, which stands over five metres tall, took over 350 hours to make and is made from 69 reflective mirrors, 60 metres of sparkling lights and 250 aluminium panels.

It is topped off with a giant, glittering bow – a nod to one of the key design themes of Jimmy Choo’s winter collection.

This is the 13th year Claridge’s have invited a longstanding partner and friend to reinterpret their Christmas tree.

Here we look back at every Claridge’s Christmas tree since the tradition began in 2009.

Kim Jones, Artistic Director for Dior’s men’s collections, designed a ‘Celestial Snow Globe’ in 2021 which was a stylish take on the classic winter decoration. Made from white Toile and lit up by state-of-the-art holographic projections, its Christmas baubles were made from iconic Dior pieces that seemed to float in orbit around the dazzling 6.5 metre tree. While Kim’s faithful dog, Cookie, hugged Monsieur Dior’s lucky star on top of the tree.

Kally Ellis, of McQueens Flowers created an Art Deco tree for 2020 adorned with over 10,000 crystals, glass garlands and pendants, which shined a pool of light over the legendary Mayfair hotel’s lobby floor. Inspired by the Roaring Twenties, the dreamy 4.5 metre spruce was a nod to the past, but also a beacon of hope for the future following a year of lockdown.

The 2019 tree from Christian Louboutin was an immersive installation which invited guests on a journey, transforming the lobby into a frosted forest. At its heart was a traditional tree in gold and red, dressed with fairy lights and gingerbread stilettos – and topped with a gold-leaf crown.

Diane von Furstenberg designed Claridge’s ‘Tree of Love’ in 2018. The six-metre sculptural creation was coloured with a blue iridescent lustre and shimmer and decorated with over 8,000 hand painted silver-leafed leaves, glass spheres and 150 hand-blown glass hearts.

Legendary designer Karl Lagerfeld was enlisted to create Claridge’s Christmas Tree in 2017. Inspired by his childhood memories of Christmas, the centrepiece was a 16-foot inverted tree reminiscent of a silver stalactite, topped with silver gilded roots and a multi-faceted, mirrored star. Underneath, Icelandic sheepskin rugs were positioned to suggest a recent snowfall.

2015 marked the first time that Claridge’s had a British designed Christmas Tree. Christopher Bailey’s creation featured over 100 umbrellas, each finished in bespoke gold and silver metallic fabric, and thousands of motion-sensor lights, programmed to sparkle and glitter as guests walked by.

In 2014 Dolce & Gabbana designed Claridge’s Christmas Tree for a second year in a row. The eight metre-high tree brought a magical woodland to life in the heart of Mayfair. The tree was adorned with hand-painted glass baubles representing the many festive traditions celebrated the night before Christmas.

Dolce & Gabbana were the designers behind Claridge’s Christmas Tree in 2013 and presented a seven metre-high Christmas tree, reinterpreted with Sicilian elements that drew on their Italian heritage. The tree was adorned with more than 450 hand-blown Italian festive glass baubles and a bespoke ‘luminarie’ framework, with the base of the tree featuring 30 hand crafted Sicilian marionettes.

In her first turn at designing the Claridge’s Christmas tree, Kally Ellis of McQueens was enlisted for the magical display of 2012. Named ‘Forest Murmurs’, the Christmas tree featured magnolia branches and lichen moss, studded with crystal and emerald jewel eggs in white, gold and silver to create a canopy of colour and glamour.

Alber Elbaz for Lanvin designed Claridge’s Christmas Tree in 2011. Alber created a dream world of colour and fantasy with his signature marionettes and a silk figurine of himself with trademark glasses and bowtie at the top of the tree.

In 2010 Claridge’s welcomed back John Galliano for Dior to design its iconic Christmas tree. The celebrated designer unveiled his spectacular ‘Under the Sea’ creation – a Christmas Tree made of sparkling silver leaves, pink coral, sea horses, fish, anemones, starfish and jellyfish.

2009 marked the first time Claridge’s Christmas Tree was designed by a famed fashion designer. The Christmas Tree by John Galliano for Dior evoked a frozen twist on tradition with a tropical tree completed with snow leopard, dragon flies and parrots.

Book a stay or plan your visit to Claridge’s here

We may earn a small commission from the retailer if you click on links in this article, but we don’t allow this to influence our recommendations.

Read next: Magical places to visit in the UK at Christmas 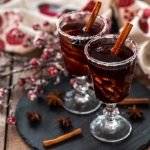 How To Make The Perfect Mulled Wine 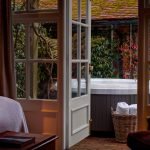 UK Hotels You Can Still Book For New Year’s Eve