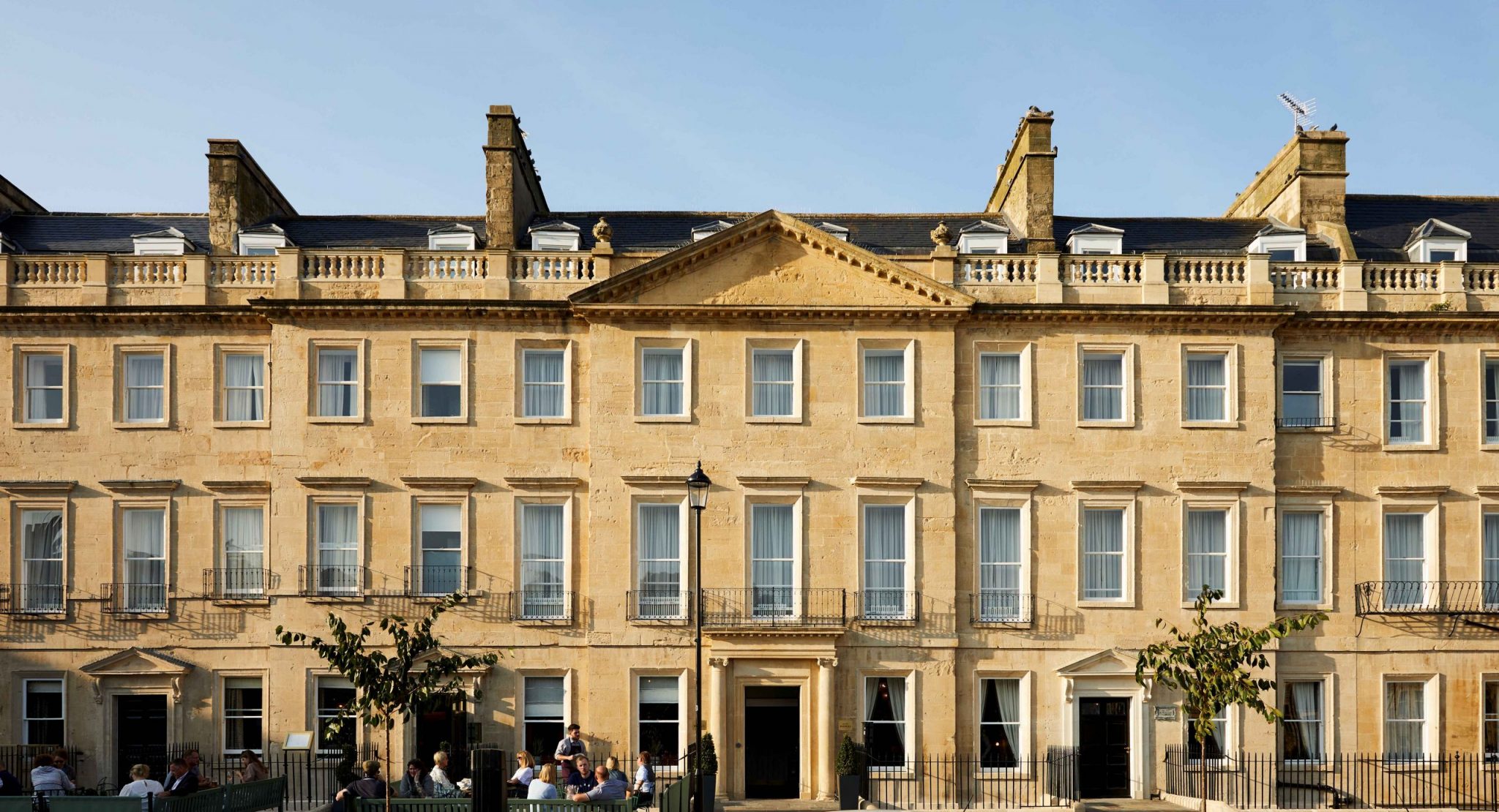 This Boutique Bath Hotel Is Perfect For Foodies

Bath is hands down one of the most beautiful cities in the UK, so if you haven’t visited yet add it to your wish list.

Less than two hours on the train from London Paddington and easily accessible by car, honey-coloured Georgian buildings, natural thermal spa waters and a wealth of independent bars, restaurants and shops await.

We checked into Hotel Indigo, one of Bath’s newest boutique hotels, which is ideally situated in the city centre just five or 10 minutes walk from everywhere you need to be.

It’s also home to The Elder, an independently run restaurant which is a destination in its own right, and well worth a visit even if you’re not staying at the hotel.

After arriving by car, we parked in Manvers Street car park in the city centre, conveniently situated opposite Hotel Indigo Bath.

Although the location of the Georgian terrace hotel on South Parade is moments from all the action, it is tucked away in a quiet secluded square so you don’t hear any noise from passers-by.

The eye-catching reception was the first thing that grabbed our attention, complete with a stuffed peacock and house bells behind the counter, which are no longer in use but would have once summoned servants.

The theme of Hotel Indigo Bath is ‘old meets new’ and there is something to excite your eyes everywhere you look, particularly in the lounge and lobby areas downstairs.

The walls are covered in abstract artwork. Have fun spotting animal heads on human bodies and aristocrats with paint-splatted faces. Our favourite picture was the lady in full Georgian attire downing a huge glass of wine.

There are 166 rooms at Hotel Indigo Bath which range from Standard and Premium to luxury Suites.

Each come under five themes, which reflect the history of Bath in different ways. Choose from Literary Hideaway, Romance and Mischief, Architectural Beauty, Garden or Vault rooms. Note these are subject to availability even if requested.

What we will say is even a so-called basic room here is pretty special. All come with Hypnos beds, luxury Egyptian linen, spa-inspired bathrooms, Nespresso machines and complimentary soft drinks from the mini bar, smart TVs, air conditioning and high speed WiFi.

We stayed in a Premium Architectural Beauty room, which lived up to its name. There was a huge bed with ornate headboard and chandelier light above. The bedroom also had a desk and big armchair with footrest, the perfect spot for a morning coffee as it was next to the Nespresso machine.

Our white tiled bathroom had a walk-in rainfall shower and silver clawfoot freestanding bath underneath the window, which was concealed from prying eyes by an old map of the city of Bath. Toiletries are by Bramley. White slippers and bath robes were also provided.

In addition to the hotel there is No 5 Pierrepont St, a private house which can be hired out for special occasions or larger groups. It has eight ensuite guest rooms, a meeting room/lounge and private courtyard.

Even if you’re not staying at Hotel Indigo you must visit their award-winning restaurant The Elder, which is independently run by restaurateur Mike Robinson, who also owns London’s only Michelin starred pub, The Harwood Arms in Fulham.

Specialising in wild food and game, field to plate is the philosophy here and Mike, along with head chef Gavin Edney, are experts. Guests who want to know more about game can arrange to visit local estates where the meat comes from, as well as the in-house butchery and tours of the kitchen and wine cellar.

If you just want to visit the restaurant for a slap up meal you won’t be disappointed. The intimate interiors are modelled on an old gentleman’s club. There is tan leather banquette seating, antlers on the walls and artwork depicting hunting scenes. But there are feminine touches too, like vintage hat boxes and sprigs of lavender tied around the crisp white napkins.

Choose from the six-course tasting menu at £80pp or à la carte. We tried the latter, which changes regularly with the seasons. As we waited for our starters we were treated to homemade granary bread with butter and meaty bullshot broth to dip it in. This is novel and meant to replicate the warming drink traditionally sipped from a flask during a game shoot.

Then came the smooth as it sounds Whipped Chicken Liver Parfait with homemade hobnob biscuits fashioned from chicken fat (£13), and the Tartare of South Coast Bream with Smoked Eel (£13). This was light and perfectly complemented by the tiny bites of apple it was served with.

With The Elder’s focus on game, we had to try the Slow Cooked Deer Shoulder from the nearby Bathurst Estate (£33) which was perfectly cooked. Our other star dish was the Fillet of Pollock (£29) served with posh bubble and squeak, leek confit and smoked cod roe.

Pudding was a triple affair for us, as we couldn’t decide on just two. We went for the Blood Orange Souffle (£13), Oat Milk Panna Cotta with Rhubarb (£11) and Valrhona Chocolate, a trio of white, dark and milk varieties served with coffee ice cream and hazelnut.

The wine and cocktail list is also extensive here and there are some lovely virgin cocktails for non-drinkers, such as the Cherry Bakewell and Lyre’s Negroni. Pop in for a drink at The Elder bar before a night out. The restaurant is also where hotel guests eat breakfast.

Staff at Hotel Indigo Bath were some of the most helpful we’e ever encountered. They couldn’t wait to give us recommendations on the local area and you could tell how much they loved the city they lived and worked in.

Some of the top things to do in Bath include a tour of the famous Roman Baths, a dip in the Thermae Bath Spa and a photo stop at The Royal Crescent, one of the greatest examples of Georgian architecture in the whole of England.

Although this wasn’t our first time in beautiful Bath, our stay at Hotel Indigo was certainly our favourite so far. The hotel is quirky and fun, with traditional touches and a restaurant foodies will love.

Spectacular Gardens To Visit This Spring 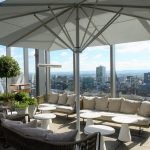 20 Stories: Inside The Highest Restaurant In Manchester