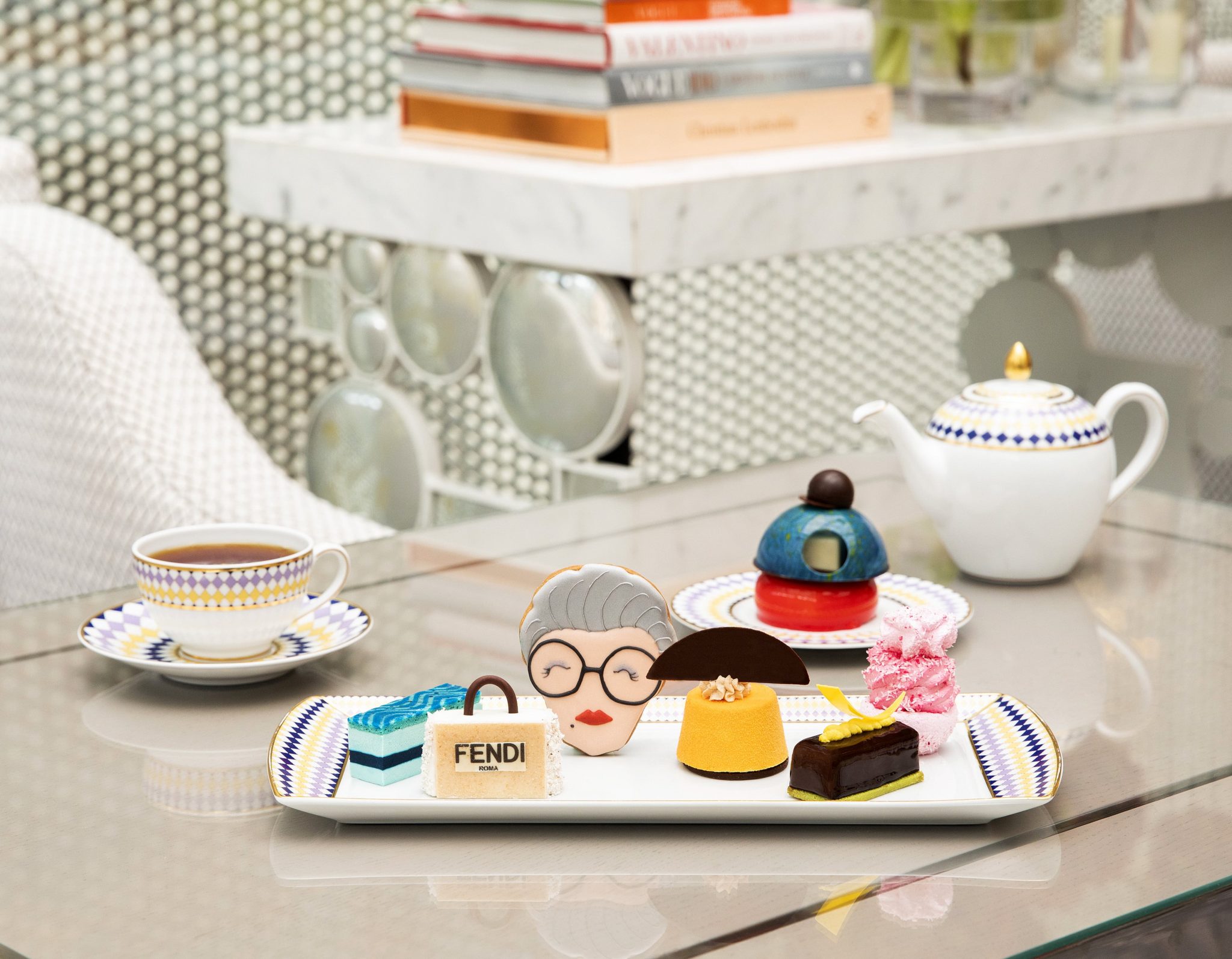 An Iris Apfel afternoon tea has been created by the master pastry chefs at The Berkeley hotel in London.

To celebrate the style icon turning 100 this year, Iris has been reimagined in biscuit form with her unmistakeable white hair, oversized glasses and red lipstick.

It is part of the Autumn/Winter Prêt-à-Portea afternoon tea, which changes every six months to celebrate the best catwalk trends of the season.

Read next: The best afternoon teas in London

Iris shot to fame in 2005 following an exhibition of her colourful clothes and ‘more is more’ jewellery at New York’s Metropolitan Museum of Art.

Since then, the former textile designer has become a model and fashion muse. Watch out for her collection with H&M launching in early 2022.

And fashion guru Iris, who celebrated her 100th birthday in August, is not the only one celebrating a centennial milestone in this couture cakewalk.

The Prȇt-ȧ-Portea team have recreated a centrepiece cake in its honour, which is made to be shared.

A red velvet and mascarpone mousse is topped with a hand-painted galaxy chocolate dome.

Inside sits a citrus marshmallow dipped in white chocolate. The impressive ensemble is finished with a chocolate truffle riding hat filled with dark chocolate ganache.

Fresh off the runway, Balenciaga Couture has been reimagined as a velvety mandarin cheesecake with orange confit, topped with an oversized chocolate hat.

While cult Danish brand Ganni makes its Prȇt-ȧ-Portea debut with a black and yellow look; a hazelnut dacquoise with salted caramel, encased with Valrhona chocolate mousse and finished with a passion fruit crème diplomate and chocolate shard.

The Autumn/Winter 21 season of Prêt-à-Portea: The Couture Cakewalk is £64pp and is served from 1pm-5.30pm every day

NOTE: From 12 November 2021 to 2 January 2022 only the Festive Prêt-à-Portea will be served, which costs from £79pp. It includes the fashion-inspired delicacies above, as well as festive treats and a choice of a mocktail, champagne or mulled wine

Read next: Inside the world’s first super boutique hotel 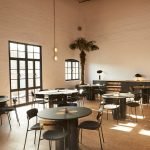 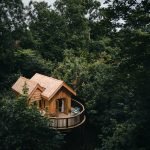 Callow Hall: The Best New Hotel In The Midlands