Finally some good news for restaurants, as the Michelin star winners for 2021 were revealed.

Clare Smyth and Hélène Darroze became the first female chefs in the UK to each hold three Michelin stars. While A. Wong in London is the first Chinese restaurant to receive two Michelin stars.

Another 17 restaurants in the UK and Ireland earned their very first Michelin star, including Tommy Banks’ Roots, the first restaurant in York to hold the accolade.

Here’s a list of all the new Michelin star winners in full.

Clare Smyth cemented her status as one of Britain’s most gifted chefs by being awarded three Michelin stars – a first for a female chef in the UK.

Famous for also being Prince Harry and Meghan Markle’s wedding caterer, she was praised for offering ‘the whole experience’ at her Notting Hill restaurant, Core by Clare Smyth. From the warm service to the beautiful furnishings and, of course, her elegant but unfussy food.

Favourite dishes picked out by the judges include the Isle of Mull Scallop Tartare with Sea Vegetable Consommé, Highland Wagyu Beef and Porthilly Oysters, and her chocolate ‘Core-teaser’ dessert, a play on the flavours of a Malteser.

Core is currently offering a £175 per person home delivery tasting menu within London. Get in touch with the restaurant for deliveries further afield.

Order from Core at Home here

Hélène Darroze at The Connaught, London

French chef Hélène Darroze also made history alongside Smyth, equalling her three Michelin stars for her restaurant at The Connaught, which she opened in 2008.

As she received her award, Darroze told the online ceremony hosted by Davina McCall: ‘I’m thinking of all the women working in kitchens, and I want to tell them what is possible. Just believe in yourself and anything can happen.’

For the first time, The Connaught is offering a five-course Michelin star tasting menu via their Hélène à la Maison nationwide home delivery service, with prices starting from £195 for two people.

Order from Hélène à la Maison at The Connaught here

Tom Sellers’ Bermondsey restaurant gained its first Michelin star within five months of opening in 2013 – and now it’s been awarded a second.

Food is seasonal British, with top dishes including Langoustine, Black garlic and Spirulina and Pumpkin Agnolotti and Lemon.

Andrew Wong’s south London restaurant has earned itself another Michelin award, making it the first Chinese restaurant in the UK to hold two stars.

While they are not doing pre-prepared meal kit delivery, check out their Meat Me At Home products page for specialist meat cuts, which was actually launched pre-lockdown.

Order from Andrew Wong’s Meat Me At Home here

This fine dining restaurant, which only opened in 2019, now boasts two Michelin stars, much to the delight of its co-founders, Rafael Cagali and Paulo Airaudo, who met while working at Heston Bluementhal’s, The Fat Duck.

Housed in the trendy Town Hall Hotel in Bethnal Green, the menu is Southern American inspired with an Italian heart.

Guests are offered a blind tasting menu ranging from a five-course lunch (£65pp) to a 10-course dinner (£140pp). Wine pairing is available from £68pp.

This intimate 18-seat restaurant by chef Andy Benyon, former development chef for Jason Atherton, barely got to open its doors before lockdown hit.

But it’s top of our list to visit once we can eat out again, especially now it’s landed it’s first Michelin star. The six or eight course tasting menu from £48 per person is also served by the chefs themselves.

Run by chef Tom Brown, an alumnus of Nathan Outlaw, this sophisticated seafood restaurant cares about being sustainable, and the food is led by the seasons and the latest catch.

The restaurant has an open kitchen and beautiful marble-topped bar, where guests can sit and watch their food being cooked.

It was first touted to get a Michelin star back in 2018, so it’s nice to see it being recognised now.

This small neighbourhood dining spot in the heart of Hackney is run by Italian chef Adolf de Cecco, who was previously head chef at acclaimed restaurant Pidgin a few streets away.

Six course tasting menus are priced at a very reasonable £39 and the food is different every day.

Davies and Brook restaurant at Claridge’s Hotel is a grand affair led by a chef whose career has gone full circle.

Daniel Humm cut his teeth in the Claridge’s kitchen when he was just 15 years old. Now, 25 years later he’s back, but this time at the helm of what is now a Michelin-star eatery.

Expect signature dishes such as Dry-Aged Duck with Honey and Lavender and the iconic Claridge’s Fried Chicken, plus new arrivals each month.

Visit the Davies and Brook at Claridge’s website here

Born to a French-Spanish mother and American father, Garvey aims to bring a taste of California to Soho, via LA.

Try his food by ordering one of SOLA’s nationwide delivery meal kits, which start from £84 per person.

Order from SOLA At Home via Restokit here

At 26, Tom Aitkens became the youngest British chef ever to be awarded two Michelin stars – and now he’s done it again at Muse.

Tucked away in a discreet Georgian townhouse, this fine dining restaurant is bijou but with a big focus on local and sustainable British produce.

You can currently order via their home delivery service, Musette, starting from £70 for two people.

Benares lost its Michelin star in 2020, but this fine dining Indian restaurant has won it back in 2021.

The food is modern Indian with a contemporary British twist. Expect dishes like Chicken Shorba with Winter Truffle and Tawa Masala Turbot.

They are currently offering a takeaway Benares @ Home service starting at £10 a dish. Delivery is within the M25.

Tommy Banks’ restaurant Roots has become the first in York to receive a Michelin star.

The sister restaurant to Banks’ Black Swan in Oldstead, which also has a Michelin star, Roots serves local and sustainable food that changes with the seasons. Tasting menus start at £95 per person.

At the moment you can order a three-course Tommy Banks Made In Oldstead Food Box, which is £59 for two people.

Order a Tommy Banks Made In Oldstead Food Box here

Enjoy fine dining in the Yorkshire Dales at this restaurant in the former music room of 17th century mansion, Grantley Hall, which is also home to the fabulous Three Graces Spa.

Led by Yorkshire-born chef Shaun Rankin, his creative menu is inspired by his childhood memories and knowledge of the local area.

This is the third time one of Rankin’s restaurants has been awarded a Michelin star in his career.

This Scandi-style restaurant tucked away in the back of The Hadrian at Wall pub in the beautiful Northumberland countryside first opened its doors in May 2019, and has since become a hidden gem.

The Michelin star is the first for couple Ally Thompson and Alex Nietosvuori. We hope we get to visit soon!

This beautiful farm-to-table restaurant in the heart of rural Somerset is from chef Merlin Labron-Johnson.

Labron-Johnson took London by storm with his first restaurant, Portland, in 2015, which earned him the title of Britain’s youngest Michelin star chef at the age of just 24.

In 2021, he has done it again in this West Country market town with his latest venture, Osip.

This stylish neighbourhood restaurant, which was once a village shop, only opened its doors in June 2019 and has now won its first Michelin star.

Run by chef Allister Barsby and his sommelier and restaurant manager partner Alice Bussi, the food at Hide and Fox is locally sourced and served in tasting menus of five or eight courses, starting from £58pp.

You can currently order a three-course ‘At Home’ service if you live locally for £30 per person.

Order from Hide and Fox At Home here

Latymer is the fine dining restaurant at the five-star luxury spa hotel Pennyhill Park in the Surrey countryside.

But you can now book a Michelin Star Dining Experience thanks to Steve Smith, who took over as head chef less than a year ago.

A surprise six-course tasting menu lunch starts at £220pp, while a six-course dinner with wine flight is £410pp.

This Bohemian-style restaurant already had Michelin Bib Gourmand status, but this has been upgraded to a star thanks to the efforts of chef Justin Sharp and his team.

Named after Pea Porridge Green, a patch of grass which once stood in front of the restaurant, this independent eatery offers a homely and laid back service.

Food is cooked in a sustainable charcoal oven. Expect changing daily dishes with a Middle Eastern and North African influence.

Chef Nathan Outlaw earned two Michelin stars for his flagship restaurant in Port Isaac, but he closed it in 2020 to relaunch it as a ‘more inclusive and accessible concept.’

It has since reopened (albeit briefly) as Outlaw’s New Road serving unfussy seafood dishes at a reduced price point to his former £140 tasting menu.

And it seems to have paid off, as he’s already got one Michelin star back.

This relaxed fine dining restaurant is hoping to put Glasgow firmly on the culinary map after winning the city’s first Michelin star in 18 years – and the only star for Scotland this year.

Run by head chef Lorna McNee, the tasting menus are local, sustainable and change with the Scottish seasons, starting at £60 per person.

The restaurant is currently closed, but you can currently buy some items online via their shop.

The only Irish entry on this year’s Michelin star list goes to Dede restaurant in Baltimore, West Cork.

It’s the second Michelin star for Turkish-born chef Ahmet Dede, who brought another to Baltimore at the now-closed Mews restaurant, where he was formerly head chef.

Serving elegant Turkish-inspired contemporary cuisine, this restaurant is situated in The Custom House Food Emporium, which also has a deli and outdoor terrace. Keep your eyes peeled for their online shop which is launching soon. 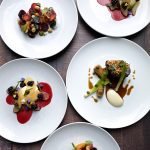 The Best Restaurant Meal Kits To Order In 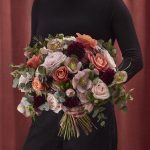