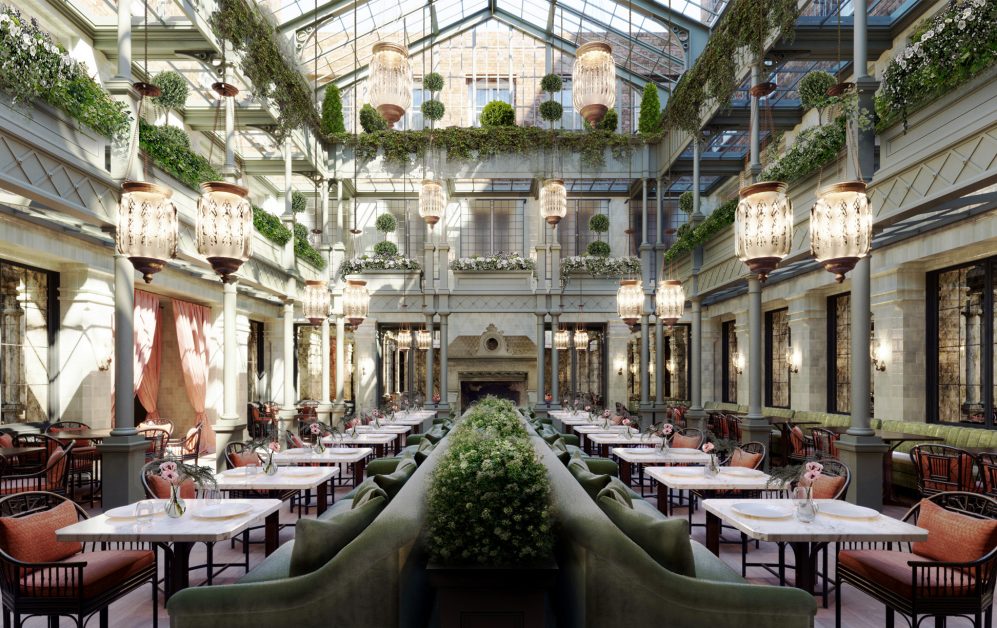 The New Restaurants You Need To Know About

We can’t wait to start eating out again – and there are some great new UK restaurants opening their doors in 2021.

From the gorgeous atrium at the new NoMad London hotel to a Batman-themed immersive dining experience, and a restaurant you can only visit at low tide, these are the most exciting new restaurant openings in the UK.

We’ve also included UK restaurants which opened in 2020, but were not able to welcome customers for long.

This list will be added to throughout 2021 so keep checking back for our latest recommendations.

One of the most beautiful restaurants set to open in 2021, we can’t wait to book a table at NoMad.

Set in a lush plant-filled atrium in the new NoMad hotel in London’s Covent Garden, it won’t be long before this place is all over Instagram.

We’re yet to see a menu, but its New York reputation precedes it. This is going to be good.

Find out more about NoMad Restaurant and Bar here

Acclaimed chef Kevin Tickle has helped other restaurants, such as Forest Side in the Lake District, earn a Michelin star – and he’ll be hoping to replicate that when his first solo venture opens in summer 2021.

Heft, run by Tickle and his wife Nicola, is a 17th-century Inn with five guest rooms in Newton-in-Cartmel, Cumbria. But the main draw will be the fine dining restaurant serving up modern British food.

Expect dishes such as Venison pastrami with cucurbit relish and smoked juniper, and Cod with oyster, salsa, Iberico ham fat and charred lettuce.

Menu prices have yet to be revealed, but if you’re staying over rooms will start from £140 a night.

If you love an immersive dining experience, this DC Comics themed restaurant in London’s Soho is an exciting opening for 2021.

Named after the area of Gotham City where Batman’s parents were killed, Park Row is made up of five restaurants and three bars, each with a DC character theme – and you get in via a secret entrance modelled on the Batcave.

Once inside, enjoy traditional British food at Pennyworth’s (named after Batman’s butler), international cuisine at The Penguin’s Iceberg Lounge, or book well in advance for the Monarch Theatre – Park Row’s exhilarating, multi-sensory tasting menu experience with 360-degree projection mapping technology to explore the psychology of good vs evil through food.

The exact opening date is still TBC, but this is one to watch.

The Gantry is set to be one of the hottest hotel openings in the capital for 2021 – but it’s the food and drink we’re most excited for.

On the first floor there will be a destination restaurant with alfresco dining, while the roof terrace bar on the 18th floor is expected to be the highest in east London.

The opening date has yet to be revealed.

We’ve got nothing but admiration for Syrian chef and restauranteur Imad Alarnab, who will open his first permanent venue in London’s Soho in 2021.

Imad was forced to flee his home country with his family in 2015 when his restaurants in Damascus were destroyed in the war.

As he made the journey to London, he cooked for refugees in Calais, sometimes feeding up to 400 people a time.

Imad has raised over £200,000 for charity since being in the UK and recently provided free food for those who needed it during lockdown. So what great news he will get the chance to open a restaurant again, thanks to crowdfunding.

If you want a restaurant where you don’t have to make any decisions when it comes to the menu, MARU does it for you.

Meaning circle in Japanese, MARU describes the constantly evolving omakase tasting menu which is entirely chosen by the chef, right down to what drinks are served.

The restaurant will be the first in the UK to specialise in the Japanese culinary technique of dry ageing fish, which will feature predominantly on the menu.

The tasting menu is £150 for 20 courses, with a supplementary drink pairing, to include wine, Champagne, sake and tea. MARU will open in summer 2021.

Birch in Hertfordshire was the hottest hotel opening of 2020 – and its restaurant, The Zebra Riding Club is just as raved about.

Offering farm-to-table dining which is as locally sourced as possible, cooking is straightforward and unfussy, featuring dishes like salt-marsh lamb and Wild Harbour Monkfish.

The man in charge is renowned chef Robin Gill, who is also behind London restaurants Bermondsey Larder and Sorella in Clapham. Prices start from £48pp for the tasting menu of the day.

This intimate 18-seater restaurant in Hackney’s London Fields only opened for few days in 2020, but has already earned its first Michelin star.

Behind is the first solo venture from chef Andy Beynon, former development chef for Jason Atherton – so expect big things.

The tasting menu is fish focused and will be served up by the chefs themselves. Prices start from £42pp for a six-course lunch and £68pp for an eight-course dinner. Wine pairing is £58pp.

Book a table at Behind Restaurant here

With a tasting menu for just £35pp, we were thrilled when London finally got a Six By Nico restaurant in late summer 2020.

As the name suggests, the menu is six courses, but changes every six weeks to a new theme, so there is always something new to try.

With restaurants in Glasgow, Edinbugh, Belfast, Manchester and Liverpool, it’s also one you don’t have to live in the capital to enjoy.

Book a table at Six by Nico here

Read our review of Six by Nico London

If you’re into honey, you’ll love the new Hive restaurant at Selfridges, which just managed to open for a few days at the end of 2020.

The whole restaurant is yellow and bee-themed, with an Instagrammable neon sign ‘Hive is where the honey is’.

When it comes to food, expect innovative salads and light dishes – but the main event is the Cheese & Honey Afternoon Tea priced at £30pp.

Wild food pioneers Native relocated from London to Osea Island on the Essex coast in 2020.

This 30-cover zero-waste restaurant is truly seasonal with dining times being dictated by the tide, so check before you book.

Diners are welcomed for snacks and aperitif drinks around a campfire on the beach, before sitting down to enjoy a £75pp tasting menu inspired by the island’s produce. Wine pairing is priced at an extra £55pp.

There is also accommodation available on the island should you want to stay over. 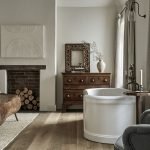 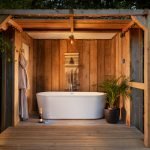 Staycations Where You Can Bathe Under The Stars

The Dreamiest Outdoor Terraces In London

Any cookies that may not be particularly necessary for the website to function and is used specifically to collect user personal data via analytics, ads, other embedded contents are termed as non-necessary cookies. It is mandatory to procure user consent prior to running these cookies on your website.