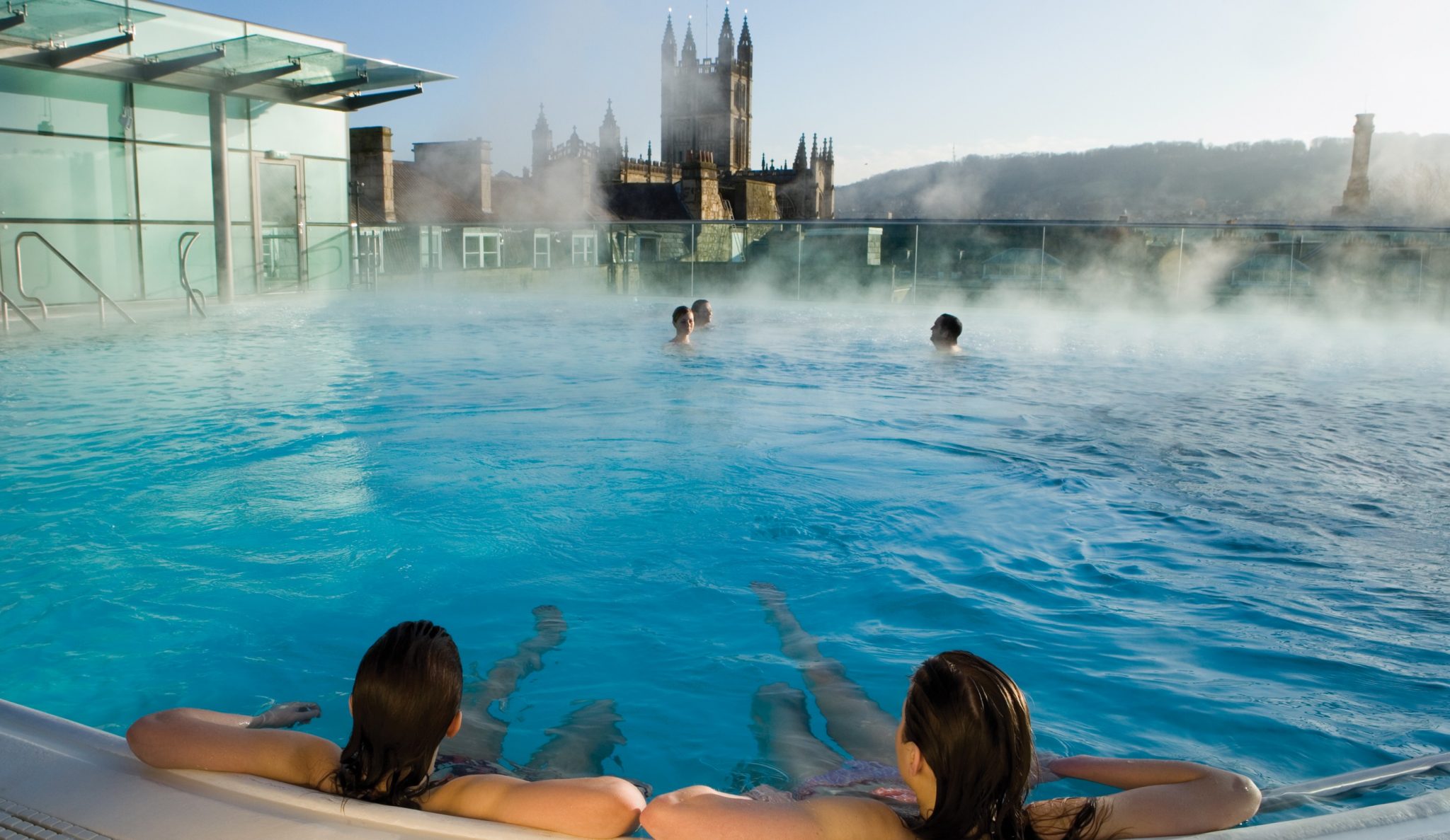 The Prettiest UK Cities To Visit Outside London

By Katie Wilson and Talya Honebeek

The UK is home to some seriously great cities, most notably, London – but what are the prettiest cities in the UK?

As the Big Smoke gets enough coverage, we wanted to highlight some of the lesser-known British cities which are just as worthy of your attention.

From the ‘Athens of the North’ to the dreamy spires of Oxford, here’s our pick of the prettiest cities in the UK – and where to eat, drink and stay while you’re there.

The prettiest cities in the UK outside London

Edinburgh is known for its vibrant arts scene, but there’s a lot more to this picturesque city than the famous Fringe Festival.

Dubbed the ‘Athens of the North’ on account of its charming buildings, this is a city best explored on foot due to its narrow streets and hidden squares.

Stroll down Royal Mile, one of Edinburgh’s oldest streets, or take a trip to Dean village, a beautiful oasis on the site of a former water mill. And be sure to explore Leith, a buzzing port two miles from the centre which is fast becoming cosmopolitan in its own right.

Edinburgh also has some pretty spectacular views, best seen from Arthur’s Seat, a now extinct volcano which overlooks the entire city. Try and be there at sunrise or sunset to experience it in its full glory.

And did you know Edinburgh is really close to the coast? The nearest beach, Portobello, is just 15 minutes from the city centre.

Where to eat and drink: Enjoy the best afternoon tea in Edinburgh at Colonnades at the Signet Library or book The Kitchin or Restaurant Martin Wishart for Michelin star dining. The Timberyard, set in a former costume warehouse, is the place to head for hipster vibes. While The Lookout By Gardener’s Cottage restaurant has some of the best views of the city. For drinks pop into The Bow Bar or Guildford Arms, both named in the Good Pub Guide for 2021. Those seeking cocktails should try Panda & Sons, hidden at the back of a barber’s shop and currently number 32 in the World’s 50 Best Bars.

Where to stay: For five-star luxury stay at Edinburgh’s most famous hotel, The Balmoral. See stunning views of the New Town from the apartments at The Edinburgh Grand. Or book one of our favourite boutique hotels; Dunstane Houses for copper bath heaven, the pastel-coloured Eden Locke apartments, or the glamorous Rutland Hotel & Apartments.

If you haven’t been to Bath stick it top of your list, as it’s truly one of the prettiest cities in the UK.

Must-dos include a dip in the Thermae Bath Spa, which has an indoor and rooftop pool, and the option to book spa treatments. Book a cruise down the River Avon to see views of the city that can’t be seen on foot, and make time for a photo op at Bath’s most famous street, Royal Crescent.

Literary fans will also appreciate the Jane Austen Centre. The author made the city her home in the early 1800s, and it inspired two of her books, Northanger Abbey and Persuasion.

Where to eat and drink: Olive Tree is Bath’s only Michelin star restaurant in the city centre, or try Restaurant Hywel Jones at Lucknam Park Hotel & Spa 20 minutes away. Back within walking distance, try the £70 tasting menu at Menu Gordon Jones or Sotto Sotto, an Italian restaurant set in a cave. Other highlights include The Dark Horse and The Canary Gin Bar for cocktails, Hall & Wood House and The New Inn for rooftop beers. The Bathwick Boatman is where to head for a Sunday roast – and you can also hire a rowboat.

Where to stay: City centre favourites are Eight, a luxury townhouse with eight rooms, Queensberry Hotel and No.15 Great Pulteney and Spa. Gainsborough Bath Spa hotel is where to splash the cash, but we prefer the cool but casual Black Fox Pub across the road, which is a minute’s walk from the Thermae Bath Spa. Babington House (Soho House members only) and The PIG-near Bath are less than 30 minutes away.

If you’ve never visited York before, prepare to be in awe of this pretty UK city, which is surrounded by the longest town walls in England.

Must-sees include York Minister cathedral, Clifford’s Tower; a lookout point built by William the Conqueror to defeat the rebels of the North, and The Shambles, said to be the real-life inspiration for Diagon Alley in Harry Potter.

When you’re done walking the city walls and marvelling at the views, there are an abundance of independent bars, restaurants and boutiques waiting to be discovered.

Where to stay: The Grand is York’s finest five-star hotel. It serves fancy afternoon teas and has a spa for guests. Boutique options include Hotel Du Vin (check out the double bath Signature Suite room), Judge’s Court, and The Parisi Hotel in trendy Walmgate.

Cambridge is best known for its university, but if you thought all there was to this city was brainy students, think again.

Punt down the River Cam and glimpse the famous Mathematical Bridge. Take a stroll through the hidden Botanic Gardens, or step foot on the 25-acre Parker’s Piece common, said to be the ‘birthplace of football’.

Cambridge also has the most museums in the UK within a square mile outside of London, so you won’t be short of a culture fix.

Favourites include the dome-roofed Fitzwilliam Museum and Kettle’s Yard, a unique art gallery which was once someone’s home.

Where to eat and drink: For sophisticated cocktails head to 196 Bar or sip sundowners from the pretty rooftop terrace at Six bar and brasserie. Enjoy two Michelin star dining at Midsummer House or scoff oysters and champagne at Trinity Restaurant. While Parker’s Tavern is classy but casual at the same time, and is where you’ll find a cocktail list as well as proper pints.

Where to stay: University Arms and Gonville Hotel, with their chic rooms including freestanding baths, are the best hotels in Cambridge. American boutique hotel chain Graduate is set to open a new establishment in the city this summer. While hipster favourite Locke is coming to the city in October 2021.

It wouldn’t be fair to include Cambridge without mentioning Oxford too, although there are some striking similarities between these two pretty English cities.

Both are known for their world-famous universities, with Oxford thought to be the world’s oldest English-speaking uni in the world. Like Cambridge, you can also take a punt, this time on the River Thames, and visit the UK’s oldest botanic gardens.

But Oxford, known since Victorian times as ‘the city of dreaming spires’ due to its beautiful architecture, will delight history and film buffs alike.

Lewis Carroll was inspired to write ‘Alice In Wonderland’ while working as a maths teacher at Christ Church, Oxford’s most important college. The college’s Great Hall has also featured as a filming location in Harry Potter and The Golden Compass.

While Blenheim Palace, a 20-minute drive from the city centre, is the birthplace of British wartime prime minister Winston Churchill.

Where to eat and drink: For a two Michelin star blowout head to Raymond Blanc’s countryside pile, Le Manoir aux Quat’Saisons, one of the best restaurants in the UK. Back in the city centre, Gee’s iconic glasshouse and terrace is often called the most beautiful restaurant in Oxford. While Cherwell Boathouse is riverside dining at its best. If it’s views you’re after, head to the roof terrace at The Varsity Club or the Rooftop Restaurant at Ashmolean museum.

Where to stay: The best boutique hotel in Oxford city centre is the five-star Old Bank Hotel, which frequently tops best stay lists. Head Of The River on the banks of the Thames, but only five minutes from all the action, is a charming pub with rooms. If country hotels are more your style, book Artist Residence Oxfordshire or the uber luxurious Le Manoir aux Quat’Saisons just outside the city. The new Randolph Hotel, from the Graduate Hotels group, opens near the university in 2021. 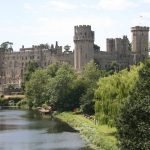 How To Spend A Weekend In Charming Warwick 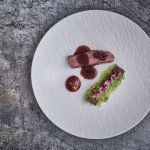