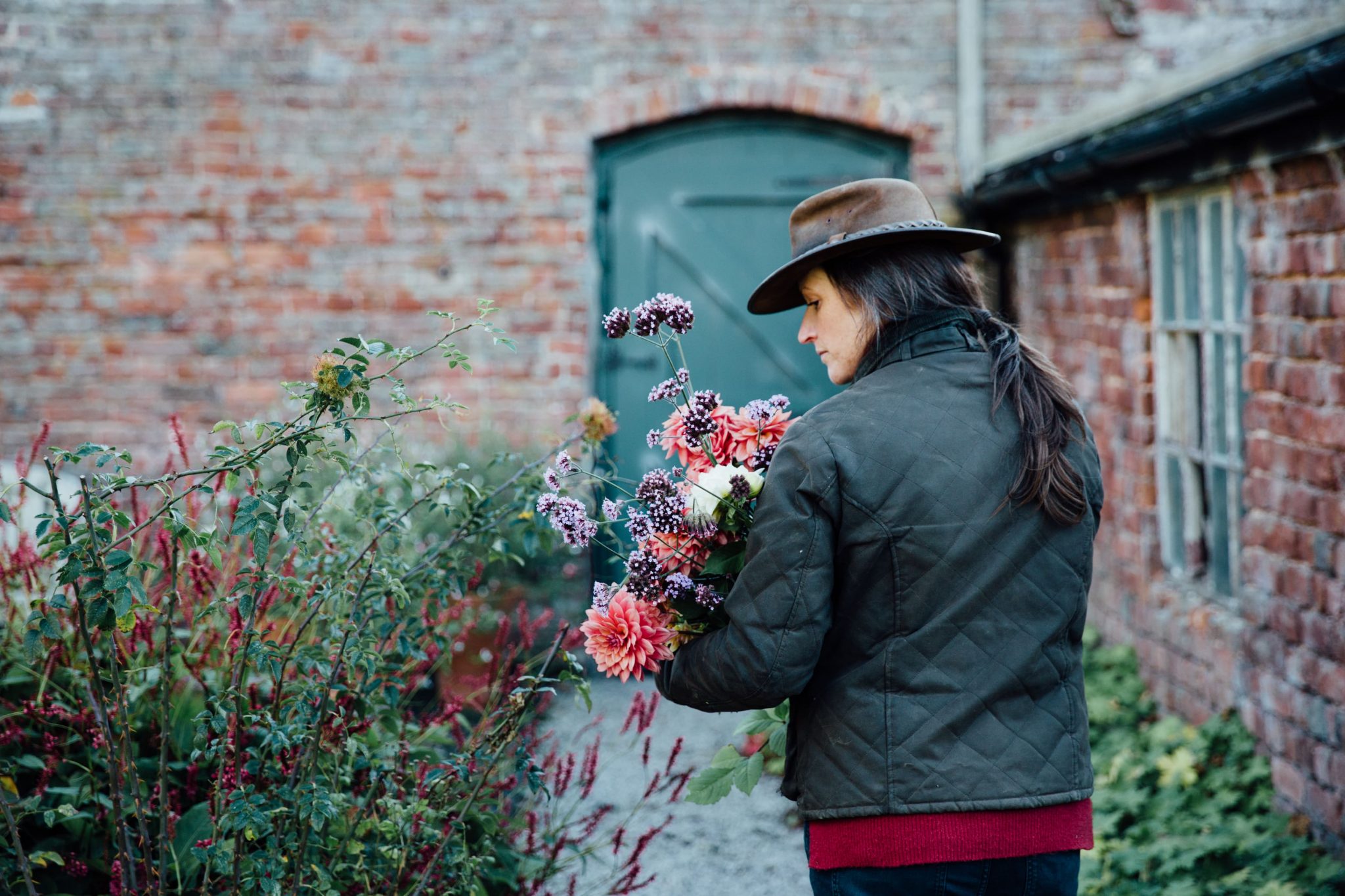 On her Instagram page – which has no less than 54,000 followers – Jenny Williams invites you to ‘escape inside our secret walled garden and join me through the seasons’.

With each post getting thousands of likes, it seems people can’t get enough of The Laundry Garden, which Jenny and her husband Tom have been transforming since 2010.

The couple inherited the garden and the property which comes with it from Tom’s family, who used to own former stately home Llanrhaeadr Hall near Denbigh in North Wales.

Over the years what was once a kitchen garden, which fed the family and staff who worked on the expansive grounds, became neglected and overgrown.

Decades later, Jenny and Tom have restored The Laundry Garden to its former glory. Now the public can visit by staying at the two luxury roundhouses they have built in the grounds, known as The Laundry Retreat.

Here Jenny tells us about her gardening journey, what inspires her and the tips she would give to novice gardeners who want to create their own corner of paradise.

How did you come to have The Laundry Garden?

Tom’s family have owned the house and surrounding land of The Laundry Garden for over 140 years. We took it over in 2010 and have been restoring it ever since. It’s definitely been a couple’s effort to bring it back it to its former glory, and it’s good Tom is as passionate about gardening as I am.

We found an old ordnance survey map from 100 years ago which showed us what the garden once looked like. This is what we based the design of the garden on.

The door where you now walk into it was there, although the garden itself was overgrown. We started with the structure of the garden – pathways, lawn and hedging, which was needed to form the overall space and make sense of it. We later added four old pillars from the porch of the original house to create a feature.

The garden has evolved over time and is still evolving , but you have to pace yourself. What I love about the garden is it tells a story as you walk through it.

How did you get so many followers on Instagram?

It all started in around 2019 just before lockdown. I actually broke my ankle which put me out for the rest of the year and I started taking pictures of the garden.

Slowly people became interested in it. I never mentioned covid in my posts and I think people started to find some sort of escapism in the garden. It was something beautiful they could look at and not have to think about what else was going on in the world for a moment. I think it gave people a sense of calm.

I remember when I had less than 10,000 followers and I got a huge boost because I did an Instagram Live with [Danish gardening guru] Claus Dalby. It just spiralled from there really. I started posting videos of sunrises. One of my reels of the autumn leaves changing colour went viral.

I could sit and cry at some of the lovely comments people have left. Some said it lifted their spirits. Others told me looking at my Instagram feed helped them start their day. It’s amazing to be able to do that for someone just by sharing photos of my garden.

What is your favourite part of the garden?

Different parts of the garden become my favourite at different times of the year. I think most people would say they love late spring, may and early June, best. Around this time we put a pretty white gazebo in the south corner. This is where I sit to have a G&T and it’s just beautiful.

Then in July and August the walled garden develops a canopy of trees which we put a table and chairs under. The cutting garden is magical around this time. My favourite flowers are roses for their fragrance, dahlias and peonies. My dream is to never have to buy cut flowers again and just take them from my garden.

I love autumn where the whole garden feels as if it is breathing a heaving sigh. Everything is changing colour and golden hours are a thing. I also love winter when I wake up and look out at the garden on a frosty morning in anticipation of what’s to come.

What question do you get asked most about the garden?

The thing people ask about most is the green door leading into the walled garden. They always ask what colour it is painted. The answer? Farrow & Ball ‘green smoke’.

I’ve always started with books. Alan Titchmarsh has a great way of simplifying things if you’re just getting into gardening.

Pre Monty Don my early inspiration was Geoff Hamilton, who created exquisite cottage gardens. Vita Sackille-West who designed Sissinghurst Castle Garden [one of the most famous gardens in England] is another inspiration, as is Gertrude Jekyll, who was a garden goddess.

Arabella Lennox-Boyd was the garden designer at Gresgarth Hall and created a garden for the Duke of Westminster at Eaton Hall. Her eye for planting is incredible and her book is like my bible.

After taking so many photos of the garden, my dream would be to publish a book one day. It hasn’t happened yet, but I hope it will in the future.

Can the public see the garden?

Yes, if they are staying here. We have two luxury roundhouses in the grounds for guests which are known as The Laundry Retreat. These are for adults only and eco friendly. One is called Tilia (latin for lime) which is Scandi style and the other is Ilex (latin for holly), which is decorated in a rustic style. Prices start from £145 a night with a minimum two-night stay.

Each has a king-size bed which allows you to see panoramic views of the garden without getting up. There is also a kitchenette, bathroom with walk-in shower and underfloor heating. Outside you’ll find a veranda with a table and chairs overlooking the gardens and grounds, as well as the Clwydian range, Wales’ newest Area of Outstanding Natural Beauty.

The idea behind the roundhouses was to create a place where people can come and chill out, relax and forget about the world around them.

Tom and I are also more than happy to give guests a tour of the garden so they can enjoy what we’ve created – and see what we are planning to create in the future.

What tips would you give gardening novices?

Don’t be afraid to ask people abut their gardens. I’ve been known to knock on people’s doors when I’ve seen a really pretty plant or tree and ask them what it is or where they got it from.

Seek out local flower markets and chat to people in the gardening community. Feed off that knowledge and be inspired.

When it comes to buying plants, buy them small and let them grow naturally. It’s all very well having an instant garden, but I don’t buy into it at all. The beauty of the garden is timing things. You grow with it and it grows with you. It gives me much more joy to see it turn into something over time.

Book a stay at The Laundry Retreat here

Read more: Where to stay in Wales

Read more: The prettiest villages in the UK 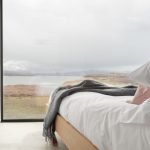 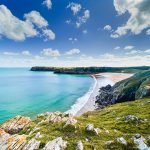 Bath With A View: UK Stays For An Indulgent Soak