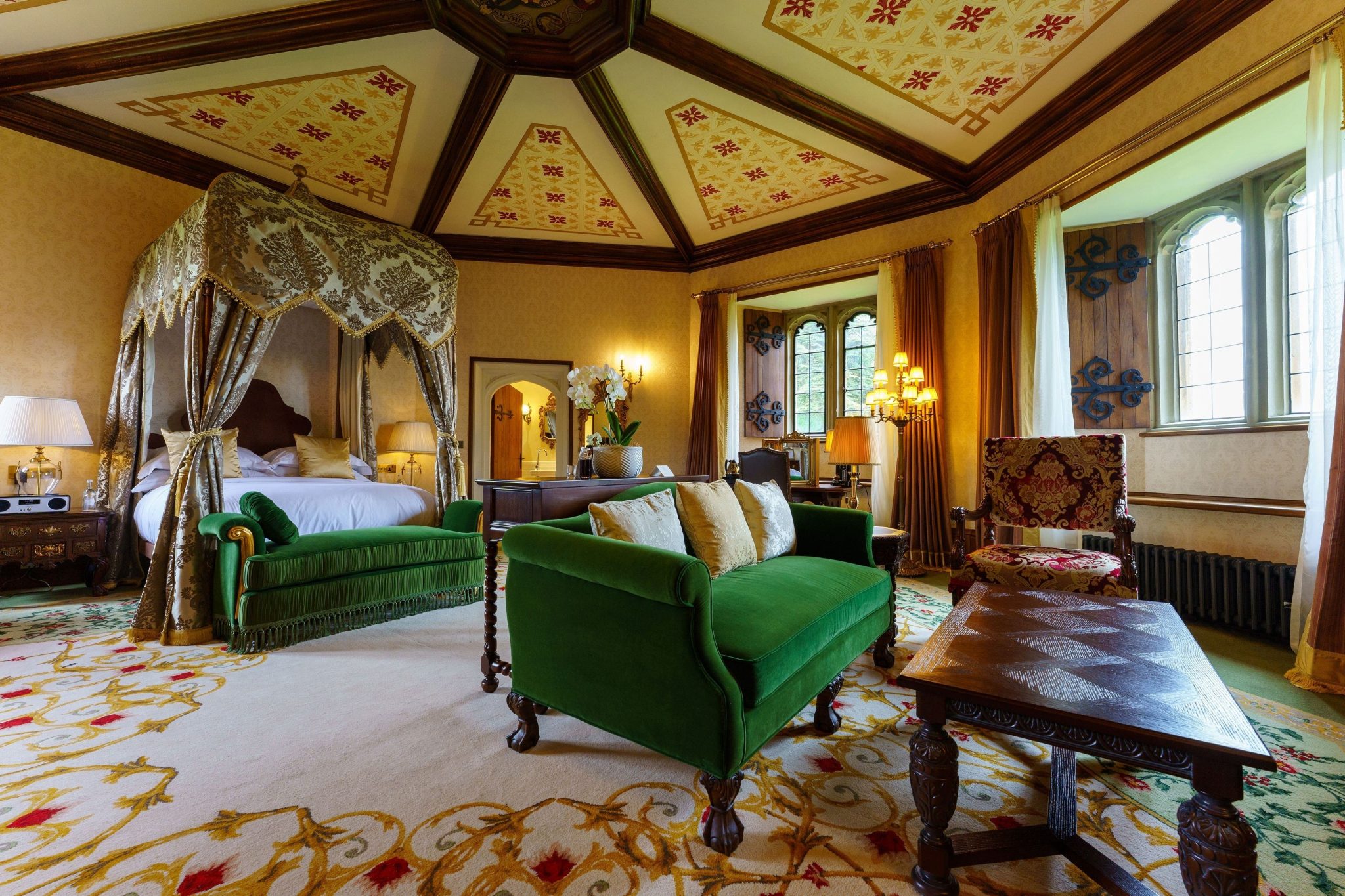 Thornbury Castle, just outside Bristol, is the only Tudor castle in Britain you can stay the night in. It’s historically important as it’s where Henry VIII romanced second wife Anne Boleyn – and guests can choose to sleep in the exact room they shared during their Royal Progress Tour back in 1535.

Not only that, Thornbury Castle boasts the largest four poster bed of any UK hotel. Measuring 10ft wide, find it in The Catherine of Aragon Suite in the Castle Tower.

One of the grandest buildings ever to be built in England, the hotel recently had a multi-million pound refurbishment and is now part of the Relais & Châteaux collection.

In addition to its 26 revamped bedchambers, there is a fine dining restaurant run by Executive Chef Carl Cleghorn that is not to be missed. You can book a table even if you’re not staying over.

Here’s what happened when The Boutique Handbook checked into this grandest of establishments for the night.

Thornbury Castle is located, as the name suggests, in the market town of Thornbury, and sits between Bristol to the south and Gloucester to the north. If you are driving (recommended) it can easily be reached by the M4, M5 and M48.

By train the nearest main station is Bristol Temple Mead. From there it’s a 40-minute taxi ride. Patchway train station in Bristol is the nearest local station. Pre-book a taxi and the drive to the hotel is reduced to around 20 minutes.

Those with bigger wallets can arrange to land on Thornbury Castle’s very own helipad situated within the vast grounds.

It’s not very often you get to stay in a real-life castle, and although we’ve been lucky enough to stay in a number of castles before, this is by far the most impressive. The drive through the archway, which looks even more magical lit up at night, leads to the hotel’s grand entrance.

While Thornbury Castle is a fine example of Tudor architecture, it’s the interiors once you step inside that really set it apart.

As you’d expect, the decor is traditional and in keeping with how it would have been in Henry VIII’s day, but it’s easy to feel relaxed here. The surroundings are magnificent but not too overstated and there is a homely comfort you wouldn’t necessarily expect from being in a castle.

The warm welcome by the excellent staff immediately puts you at ease and from the moment we arrived they couldn’t do enough for you.

There are 26 rooms at Thornbury Castle, including the Catherine of Aragon Suite named after Henry VIII’s first wife which has a 10ft wide bed, the biggest in any UK hotel.

Although this is a luxury hotel, it still caters for all budgets. Rooms range from Deluxe, most of which still feature four poster beds, to Suites. All are named after royalty from the Tudor era.

The grandest room in the house is the Henry VIII Suite, the very room the Tudor king and his second wife Anne Boleyn shared in 1535. Ten months later Anne would lose her head when she was executed at Henry’s behest, and he went on to marry third wife Jane Seymour, one of Anne’s ladies-in-waiting, just 11 days after her death.

While Anne came to a tragic end, the room she and Henry occupied almost 500 years ago remains a piece of Tudor history, and you can’t stay anywhere else like it in the UK.

Located in the Castle Tower, it still has the original stone spiral steps up to their bedchamber, so you can quite literally walk in the footsteps of royalty, which we did when we were given a grand tour of the hotel.

Although impressive, we personally preferred the King James V Superior Deluxe room we stayed in. Situated in the courtyard on the ground floor, the spacious room has a four poster bed with the highest quality linen, which made for a perfect night’s sleep.

A bottle of complimentary wine was chilling in the ice bucket, alongside a decanter of sloe gin and chocolates, and robes and slippers were a welcome treat.

But the real wow factor is the bathroom, which has twin sinks, an impressive walk-in shower and a white clawfoot freestanding bath as its centrepiece. Even if you don’t usually like baths, this is the place to indulge in one. Toiletries come courtesy of Molton Brown, a brand given the royal seal of approval by the modern day monarchy.

Back in the 1970s, Thornbury Castle began life as a high class restaurant under the ownership of renowned chef Kenneth Bell, who became the first chef outside London to earn a Michelin Star. Rooms were later renovated for guests to stay over, turning it into the first hotel of its kind in the UK.

Since it was taken over by the Relais & Châteaux group, Carl Cleghorn is at the helm and no doubt hoping to replicate the restaurant’s previous success.

Having worked with some of the UK’s leading Michelin star chefs, he prides himself on using the best seasonal and local ingredients from Thornbury Castle’s kitchen and herb garden to showcase the best of British produce.

There are not one, but four dining rooms, including an ‘atmospheric dungeon’ which acts as a private dining room for up to eight people. All the tables in the restaurant are immaculately set with high quality Thornbury Castle custom designed china, glasses and crisp white tablecloths.

Guests can visit for breakfast, lunch, afternoon tea or dinner and a la carte and tasting menus are available.

The six course tasting menu, which changes with the seasons, is £92pp. A vegetarian option is also available. Dishes from a sample menu include Ceviche, Beetroot Salad, Gigha Halibut, Creedy Carver Duck, Parfait, Fondant and an optional cheese course.

The three-course la carte menu can be purchased as part of a dine and stay package, which starts from £349 for two people on selected days, and is what we opted for during our stay.

To start we were served complimentary olives, roasted almonds and a few specially prepared canapés. This was followed by the Loch Duart Salmon Ravioli. For mains we had Stone Bass with Butternut Squash and Sage Parmesan and the Pork Belly with Loin, Cheek, Cauliflower and Mustard. All delicious.

Instead of a dessert we opted for cheese; a selection of three British and continental cheeses with artisan crackers, followed by coffee and chocolates. If you’re into wine you’ll be in good hands here, as the world-class sommeliers have 200 wines from around the world to perfectly compliment your meal.

There are a number of activities guests can do in the castle grounds, which stretch for 15 acres. Stroll through the delightful Rose Garden, which houses 200 different varieties of roses and smells sensational in the summer. A walk around The Privy Garden and hedge-lined Labyrinth is also not to be missed. Visit in April and May to see tulips in full bloom.

Fully immerse yourself in the Tudor period by trying your hand at axe throwing, longbow archery, sword skills or croquet on the lawn. Families will love horse drawn carriage rides and playing dress up in Tudor outfits. Clay pigeon shooting stays are also available, as are fascinating historical tours of the castle.

Guests wanting to feel pampered can book a spa treatment in the South Wing. Massages start from £72 for 45 minutes.

Thornbury Castle was just as impressive as we’d hoped and a stay there really felt like you were stepping back in time. It’s a must visit for history buffs and traditional hotel lovers alike. We’d love to come back to try the afternoon tea, which starts from a very reasonable £35pp.

Rooms start from £249 a night for bed and breakfast

Read next: Unusual stays in the UK 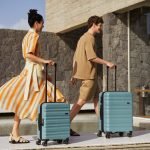 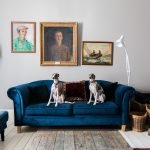 Where To Stay In Scotland: Castles To Cottages