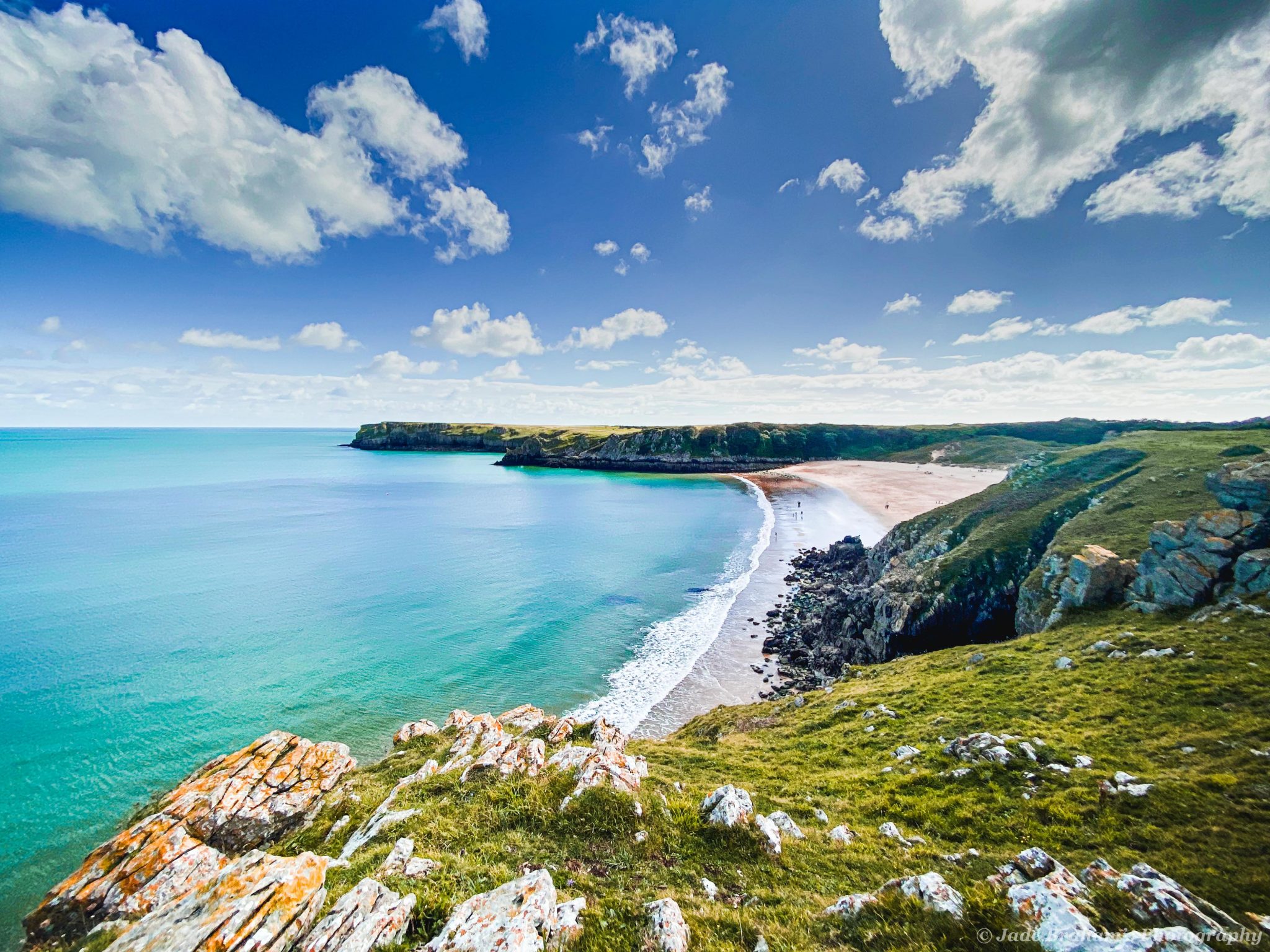 On top of its 150 beaches running 186 miles, there are some rather unusual places to stay, including Twr y Felin – Wales’ first art hotel – and brand new floating cabins in Milford Waterfront.

The latter is quickly becoming known as a foodie hotspot, with establishments ranging from a speakeasy-themed restaurant to a takeaway cafe selling graze boxes full of freshly baked goods. In fact, the whole county has more award-winning eateries serving Pembrokeshire produce than you can count.

During the summer months, Pembroke and Tenby are charming to visit, but locals prefer the quieter towns of Saundersfoot, Milford Waterfront and St Davids, as each boasts independent shops, heritage trails and the kindest people you will ever meet.

Where to stay in Pembrokeshire

For an unusual adults-only stay book a room in one of their new Floatel Cabins. Moored in the marina, which is the deepest natural harbour in the world, there are four luxury glamping cabins to choose from, which all look out onto the water. Each sleeps two and some are dog friendly.

In a nice touch our cabin was called Sybil, after the first vessel to enter Milford Docks in 1888. Each cabin has a meaningful name such as this and features floor-to-ceiling windows, a king size bed, en suite shower room and private balcony with a table and chairs.

Aside from those magnificent waterside views – which are something else at sundown – extras we loved during our stay included the fluffy complimentary robes and blackout curtains for a restful night’s sleep.

Rooms start from £80 a night

If you prefer hotels, the Tŷ Hotel Milford Waterfront has recently opened and is managed by the team behind Celtic Manor Resort. Like its floating neighbours, it pays homage to the area’s maritime heritage. Almost all the rooms have harbour views and the restaurant serves Pembrokeshire produce and quality local seafood.

A short drive away is the St Brides Spa Hotel in Saundersfoot. Located on the edge of the Pembrokeshire Coast National Park, the hotel is a refreshing mix of seaside charm and indulgent luxury and has a spa and infinity pool overlooking the beach. Read our full review of St Brides Spa Hotel here

Quirky Twr y Felin in St Davids is Wales’ first art hotel – and feels more like an art gallery than a hotel. It has over 150 pieces of artwork on display and offers the chance to stay in a converted windmill room. Read our full review of Twr y Felin here

Penrhiw Hotel is Twr y Felin’s sister property. It’s an intimate hotel, with only six en-suite bedrooms plus a two-bedroom suite in the original Coach House. Each room is named after the view it looks upon. If you’re travelling with a large group, it can be hired for exclusive use.

Similarly, Roch Castle is a magnificently-restored 12th century castle hotel sitting on top of a volcanic landscape. This five-star property can be booked on a B&B basis or privately hired. Staying here would be your chance to boast about living in a castle for a few days.

Penally Abbey is close to Tenby and is considered Pembrokeshire’s best bolthole. It also has its very own beach and train station.

Where to eat and drink in Pembrokeshire

For the most unusual dining experience, book a table at Madison’s Bar & Restaurant, a speakeasy-inspired restaurant transporting diners back to the Jazz Age of the 1920s on Milford Waterfront.

The walls are adorned with portraits of the period’s biggest celebrities, including Louis Armstrong and Humphrey Bogart. Everything is delightfully vintage, from the china and glassware to the furniture and food.

Menu highlights include the lava bread and cockle patties topped with crispy bacon (£7.95). The cocktail list is equally impressive, and the Bogart’s Martini (£10) is superb with vanilla vodka, passoa, passionfruit, fresh lime juice, and prosecco.

Also on the waterfront, you’ll find The Green Genie, Madison’s sister restaurant serving vegan and vegetarian cuisine. Turning the idea that greens are boring on its head, it delivers some of the best vegetable dishes we’ve tasted. We loved the Malaysian Vegetable and Chickpea Curry with Coconut Rice (£14). Their dessert list is also extensive. Order the Chocolate Orange Pot with Vegan Chantilly Cream (£6.95).

For brunch with a view head to Foam, where you can book an outdoor pod. If you’re on the go, Sugar Loaf Deli & Bakery has a range of Instagrammable cupcakes and delicious sandwiches. The Cheesy Cow started as a lockdown hobby but now produces takeaway grazing boxes with baguettes, sweet treats, fruit, hummus and more. They even have vegan and vegetarian boxes.

For upmarket cuisine, Coast in Saundersfoot from head chef Fred Clapperton serves great seafood. The restaurant is right on the shoreline offering unrivalled views of the golden sands of Coppet Hall. A seven-course evening menu is £78pp or try the three courses for a three-course lunch is £45pp.

The 2-AA-Rosette restaurant at Llys Meddyg Hotel in Newport has private outdoor pods seating up to 12 people. The Golden Lion, also in Newport, has recently been ranked as one of the best dog friendly pubs in South Wales. It’s been a watering hole for travellers for over 300 years and has 13 bedrooms for those wanting to stay over.

In St Davids, head to The Bench for Gianni’s hand-crafted ice cream, which also has a few dog friendly selections.

Things to do in Pembrokeshire

There are many coastal walks to try from Pembrokeshire’s beaches. If you walk the Wales Coast Path from Barafundle Bay – known as the prettiest beach in the UK – you’ll come to the Stackpole Nature Reserve, the Bosherston Lily Ponds, the Green Bridge of Wales and St Govan’s Chapel, one of the most unusual features in Pembrokeshire.

For geological wonders head to Church Doors Cove and Skrinkle Haven Beach. The Neolithic Pentre Ifan Burial Chamber is equally impressive, detailing how our ancestors buried their dead. It casts a haunting shadow over the Preseli Hills, which is a great place for hiking. For candy-coloured villages, visit the pretty village of Tenby.

For gentler trails there are great heritage walking routes from St Davids City which go past St Davids Cathedral – a must visit if you love architecture – and heads out to St David’s Head.

Milford Waterfront has three new heritage trails celebrating the town’s industrial heritage. One is called Historic Haven, which we learned the Vikings landed in Milford and named it ‘Melrfjordr’. On this walk, you’ll also learn about the whaling trade and the founders of Milford Haven.

The other walks are ‘Water Ways’, which takes you along the Nelson Quay and ‘Energy Kingdom’, detailing how the area is the UK’s largest energy port. The Milford Haven Museum is also a great place to learn more about these histories.

For more adventurous travellers, Pembrokeshire has plenty of coasteering boat trip opportunities. Milford Waterfront’s Broadside Boat Charters has multiple boat trips which include diving, wildlife watching and sea angling. Tenby has boats to Caldey Island, where Cistercian monks continue the traditions from Celtic times. From St Davids, there are boats to Ramsey and Skomer Island, famous for Atlantic puffins.

How to get to Pembrokeshire

The most direct route is by car – via the M4, A40 and A477 – which takes a little over four hours from London.

See the Visit Pembrokeshire, Visit Wales and Milford Waterfront websites for more information and directions on how to get to and around the county.

If you’re travelling from overseas, Cardiff Airport is the main airport in Wales. You can either drive, or take the bus or train, from there to Pembrokeshire.

Read more: Where to stay in Wales

Read more: Inside the secret Welsh garden taking over Instagram 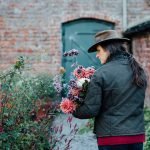 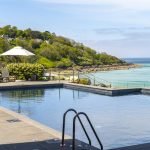