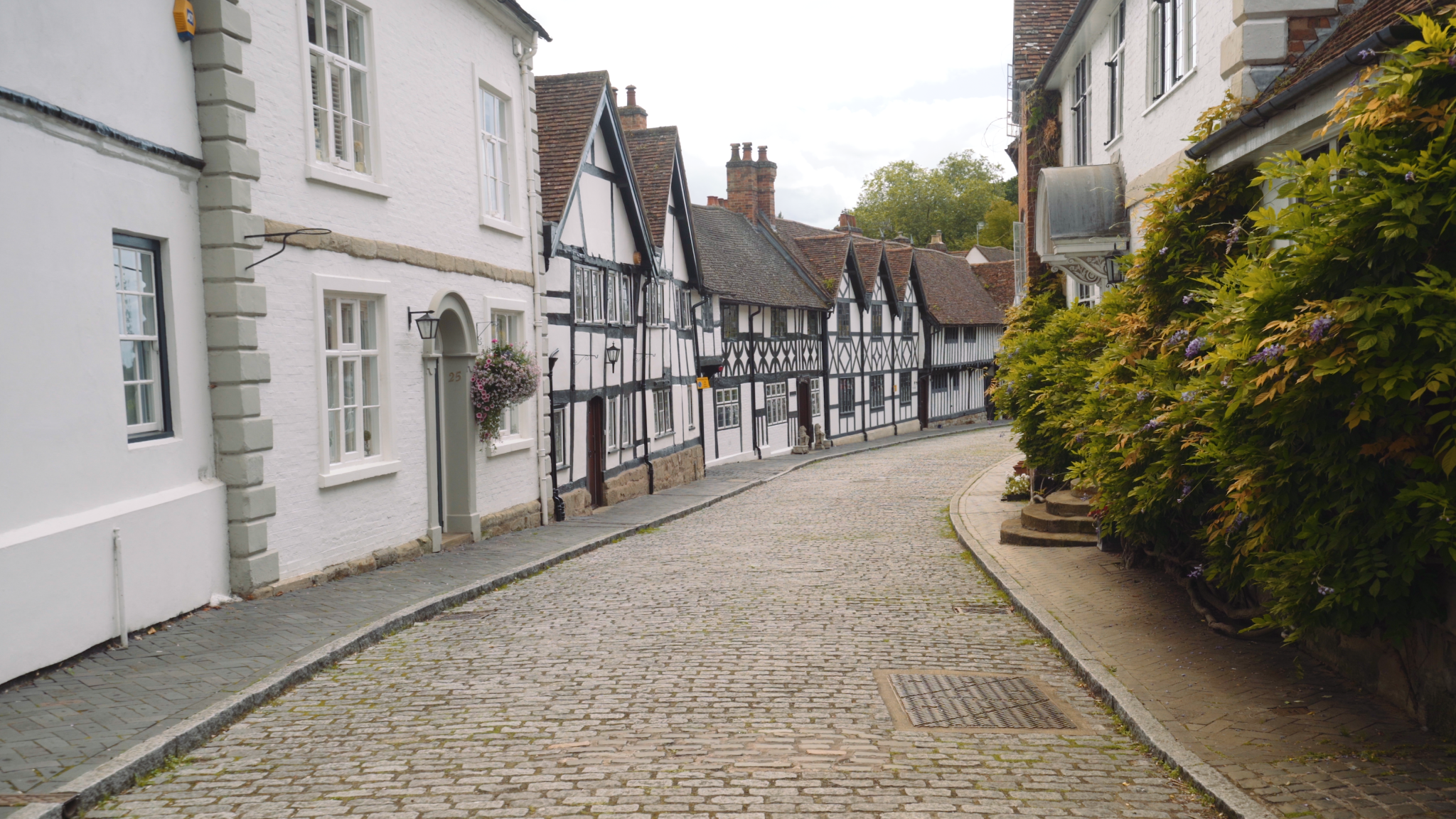 A Charming Weekend In Warwick: Where To Eat, Drink And Stay

Warwick is known for its 1,000-year-old fortress, which is the best preserved in England, but there’s much more to this Midlands town than its famous castle.

Wander around its picturesque streets and admire the architecture, which ranges from medieval mansions to Georgian townhouses.

Pop into one of the many independent shops, particularly found on Smith Street. Or lose yourself down a rabbit hole of antiques in Market Place square, the hub of the town.

There is also a burgeoning food scene here, ranging from first class seafood at the unassuming Pickled Crab to Michelin- approved tasting menus at Tailors restaurant.

Pubs are plentiful but none are as unique as The Old Post Office, which is a treasure trove of curiosities which have to be seen to be believed.

Where to stay in Warwick

Warwick is one of the few town centres in the UK where you can stay in a real-life castle. Families should reserve a woodland lodge at The Knight’s Village, which includes entry into Warwick Castle in the price.

While couples wanting a romantic weekend away can book one of the exclusive Caesar’s Tower Suites, which each have their own private floor hidden within the walls of the highest tower.

For pubs with rooms – which are worth visiting for the food alone – favourites include The Rose & Crown and The Old Fourpenny Shop Hotel. While The Old Coffee Tavern is more of a boutique hotel.

The Globe, where we stayed, has recently been refurbished. The cosy pub has a great covered outdoor area. If you’re sleeping over, make sure you request one of their four poster Deluxe Rooms or a Superior Double Room which come with huge Instagrammable headboards.

Pillows & Porcelain is a vintage-inspired B&B with a roll top bath in the ensuite, which is just a few minutes walk from the train station.

For a chic self-catering stay try the Warwick Post Office Apartment which sleeps two. Larger groups should book Church Bells House, a stunning new three bedroom Georgian townhouse in the centre or The Secret Space, which sleeps five. A little further out, the two-bedroom Fergies Canal Side Cottage sleeps four.

Where to eat and drink in Warwick

Want to eat some of the best food in the Midlands? Book a table at Tailors on Market Place – if you can get a table. This British restaurant set in a former gentleman’s tailors is the only one in Warwick to be mentioned in the Michelin Guide. The six-course tasting menu is £65pp. Add a wine flight for an extra £40pp. It’s worth noting it’s closed Mondays and Tuesdays.

For the best seafood in town head to The Pickled Crab, a fishmongers on Smith Street with a restaurant in the back we can’t recommend enough. We sampled a mini tasting menu of smoked anchovies, chargrilled octopus, gin cured salmon and the most delicious scallops with cauliflower puree and pancetta. They do pretty good frozen margaritas too.

If you’re in the mood for Thai, the only place to head is The Art Kitchen. It’s seriously good food served in an art gallery, where there is always something new to see as the artworks are sold and replaced with new pieces.

Spanish-inspired La Mesa restaurant isn’t bothered about awards or the ‘gram. In fact there isn’t even a menu as the chef cooks what he wants. But what he does cook is phenomenal. A few doors down, the same owner has opened up Bonito, a wine and tapas bar which is well worth a visit if you can get in, there’s only a few tables. They also serve coffee and small plates in the daytime.

For casual day dining, Jack’s Shack do great coffee and sandwiches. Order a Twix brownie while you’re there. Dough & Brew serves award-winning pizza and their slabs of cake are plenty big enough to share. While a visit to artisan the deli Warwick is a must for local produce. Check out their cheese room at the back!

When it comes to drinks, independent wine and champagne bar Ironworks or late night joint Ronnie’s Bar, which hosts DJs, live music and has a huge outside terrace, are where to head for cocktails. If G&T is your favourite tipple, you’ll be spoilt for choice at That Gin Bar, which has over 100 varieties including their own gins which are infused on site.

But the quirkiest pub in Warwick has to be The Old Post Office, a family run micropub where you’ll definitely make friends. This unique watering hole which was once a real post office is now full to the brim with the weird and wonderful.

Traditional pub favourites include The Roebuck and The Saxon Mill. For an epic Sunday roast head to The Cape of Good Hope by the canal. While The Black Pug is the perfect stop off for a pint with your four-legged friend.

Things to do in Warwick

Warwick is a town steeped in history and there is plenty to do in the town and surrounding areas. Re-enact the War of the Roses and watch a real-life joust at Warwick Castle. For day trips you can book a private tour of the castle with pick up from a London hotel.

Another way to arrive at the castle in style is via the River Avon. Hire a giant swan or dragon pedalo, which you are allowed to take picnics on in the warmer months. For a more action packed day on the water book a kayak or paddle boarding session with Warwick Boat Hire.

Be sure to wander down to the town’s historic West Gate to take a photo of Lord Leycester Hospital, Warwick town’s oldest and most iconic building which survived a great fire in the 17th century. Famous past visitors include Charles Dickens, Charles Darwin and Oscar Wilde.

Other good photo stops are Mill Street, the prettiest road in Warwick, whose residents have a direct view of the castle. Make sure you walk all the way to the end. The magical Mill Garden, which dates back to Victorian times, is another great viewpoint for lining up that perfect castle shot, as is Banbury Bridge Road and the cottage-lined Bride End road.

When it’s open to the public, climb the 134 steps to the top of St Mary’s Church for panoramic views of the town. Back on the ground, follow the Warwick Town Trail to uncover the town’s hidden gems. Highlights include ‘Tink a Tank Lane’ that leads to the often-missed College Garden. See one of the UK’s oldest working pillar post boxes on the High Street. Don’t miss the statue of Britain’s first black world middleweight boxing world champion, Randolph Turpin, who grew up in Warwick in the 1930s.

On certain days of the year, ghost hunters can visit the abandoned Guy’s Cliffe Mansion which is named after Guy of Warwick, said to be one of England’s most heroic knights from the 10th century. Although much like Robin Hood, another legendary Midlands character, this may be more myth than truth.

One legendary person we know is real and has links to Warwick is Lord of the Rings author J. R. R. Tolkien. He was from the area, married in Warwick’s Catholic Church St. Mary Immaculate and is said to have been so influenced by the town, it inspired ‘The Shire’ in his famous books.

Warwickshire is well known for its literary links, with William Shakespeare hailing from nearby Stratford-upon-Avon. While Jane Austen, Charles Dickens and George Eliot were also regular visitors.

Swing by independent book shop Warwick Books if all that literary knowledge has got you feeling inspired. For antiques, Market Place is where to head for treasures dating all the way back to the 1750s. Smithery sells beautiful homeware and gifts. Unique tea shop Golden Monkey Tea Company sells over 120 loose leaf teas. While Pillows & Porcelain specialises in vintage crockery you can also hire for your own afternoon tea parties. Don’t forget to check out the market in The Square every Saturday.

The town also plays host to big music acts and festivals such as Pub in the Park, which takes place over the weekend of 10-12 June 2022 and features headliners Natalie Imbruglia, Sophie Ellis-Bextor and McFly in case you are planning a summer visit.

While the world famous Warwick Folk Festival is on every summer. In 2022 it runs from 21-24 July and will host The Young’uns, Spiers and Boden, Show of Hands and Seth Lakeman, among others.

How to get to Warwick

Warwick is in the rural West Midlands, right in the heart of England. The nearest cities are Coventry and Birmingham.

It’s surprisingly quick and easy to get to, being just a 1 hour and 16 minute train from London Marylebone. Make sure you get off at Warwick and not Warwick Parkway, which is a mile from the town centre. Leamington Spa is a connecting station to Warwick from Coventry, Oxford and Banbury.

Those travelling by car should use the M40 or the A46 and follow the signs for Warwick. See the Visit Warwick website for more detailed directions and information on parking.

If you are travelling from abroad, the nearest airport is Birmingham.

Read next: Why your next weekend break should be in Margate

Read next: Why Hove is a chicer alternative to Brighton 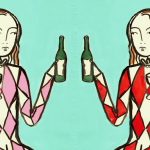 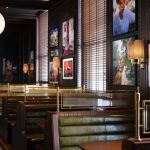 These UK Bars Have Been Voted Best In The World